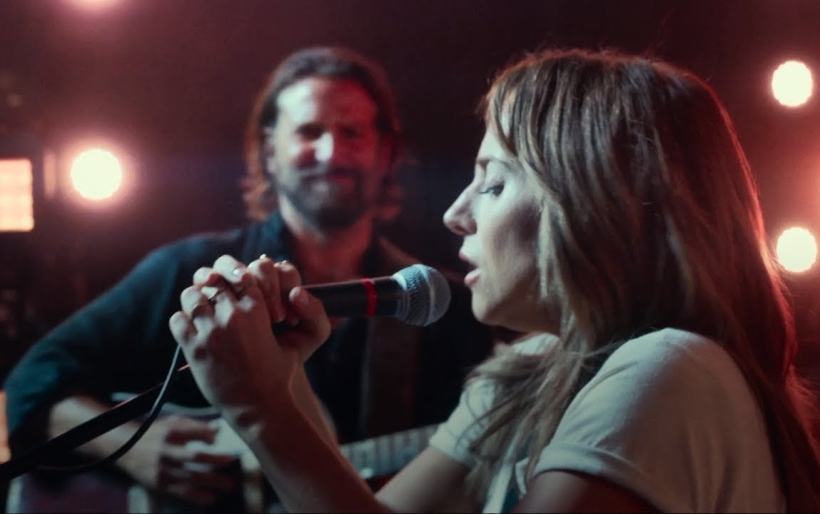 For all of the so-called advances made by alterna-world music makers such as Radiohead’s Jonny Greenwood, Nine Inch Nails’ Trent Reznor team, Portishead’s Geoff Barrow, and Bad Seeds’ Nick Cave and Warren Ellis, when it comes to Oscar-nominated film scoring and orchestration, the same wealth of weird feeling and oddball aesthetics has not been afforded to the Academy Awards’ Best Original Song category.

Sure, 1993 gave us two songs from Jonathan Demme’s Philadelphia (the film’s musical bookends from Bruce Springsteen, Neil Young), with one victor in The Boss. The 1998 Oscars welcomed the tender-hearted Elliott Smith and his acoustic guitar quietly singing “Miss Misery” from Good Will Hunting, Björk got nominated for “I’ve Seen it All” for her Dancer in the Dark starrer in 2000. Hip hop tracks such as “Lose Yourself” and “It’s Hard Out Here for a Pimp” got actual Oscars in 2002 and 2005, respectively. If you want to stretch that which is alternative (and Bruce and Young do that already) and lump classic rock white guys into the mix, Sting, Dylan and U2 also got noms for merely OK songs. That’s about it, though, when it’s come to Oscar-nominated tunes from artists we think of as beyond the mainstream. Or, at the very least, not David Foster.

Not a great track record for modernist music such as rap, indie and electronica. It’s even worse when you consider that the 2019 lot for Oscar’s Best Original Song category — at a time of #BlackLivesMatter and #MeToo — is littered with mediocre white men, and may be the most un-original list of possible winners since Randy Newman started working for Disney (OK, I love Newman, but not his drunky, treacle-spun film songs).

I know. You’re going to say that “All The Stars” from “Black Panther” by Kendrick Lamar and SZA is on the list of nominations for 2019. No matter how much I adore SZA, this is the least interesting and even contagious tune from the super hero saga. “King’s Dead” performed by Jay Rock, Kendrick Lamar, Future and James Blake is more dramatic and catchy. So is Jorja Smith’s “I Am” a greatly tender and theatrical track, more so than “All the Stars.”

I know that many-times-nominated Diane Warren’s “I’ll Fight” from RBG with hearty, rousing vocalist Jennifer Hudson is in the running. Warren is a hack professional, however, who hasn’t had an amusing, unique expression in or from her soul…ever. At least it doesn’t pore through from her work. What you hear from her is similar to what Spielberg did as a filmmaker with his earliest successes: manipulate the viewers’ heartstrings, and not genuinely feel. So, no-go Diane. The same vibe (for me) comes from consummate film and television composition pro Marc Shaiman, who — together with Scott Wittman — crafted “The Place Where Lost Things Go” from “Mary Poppins Returns.” There are no tiny spoonfulls of sugar here. Just ladles topped by saccharine and desperation’s flop sweat. I will say though that Emily Bunt sounds fun.

My choice among this lot of nominees is “When A Cowboy Trades His Spurs For Wings” from The Ballad of Buster Scruggs. Penned by David Rawlings and Gillian Welch, this humble, hummable song acts in accordance with the absurdity of the Coen Brothers film, is as an epic a vista as the grand plains of the West portrayed in the film, and is a great — even classic — storytelling device all on its own recognizance. That spells a winner to me in every way. Plus, it is first sung in the movie by Buster Scruggs himself, Tim Nelson. What’s more Hollywood than that?

First off, let’s just say that I am not fan of the new A Star is Born. Yes, I agree with Camille Paglia that the film is a misogynist fantasy and a tired one at that, now in its fourth iteration. That Lady Gaga is doing little more than playing herself, and that Bradley Cooper is simply imitating the last guy to kill himself in A Star is Born, Kris Kristofferson (though I think Cooper is a marvelous inventive director).

As for the nominated song, the pale yet ever-present “Shallow,” how and why did it take five talented people — Lady Gaga, Mark Ronson, Anthony Rossomando, Andrew Wyatt and Benjamin Rice — to write the same grand and modulated ballad that she’s been doing for years? And how much do I hate the line “Ain’t it hard keeping it so hardcore?”

That’s your Best Song winner though, Oscar viewers. For all the money its film company has put into its promotion (a lot) and time in from Cooper and Gaga hyping their chemistry (meh), A Star is Born has to come away with something as it will snag no other award. Sorry, Sam Elliot.

And, if you’re still looking for cool music during the 2019 Academy Awards, Queen + Adam Lambert will play early, and maybe that Hyundai Santa Fe commercial featuring ‘Not Flying’ by Lord Huron will air.