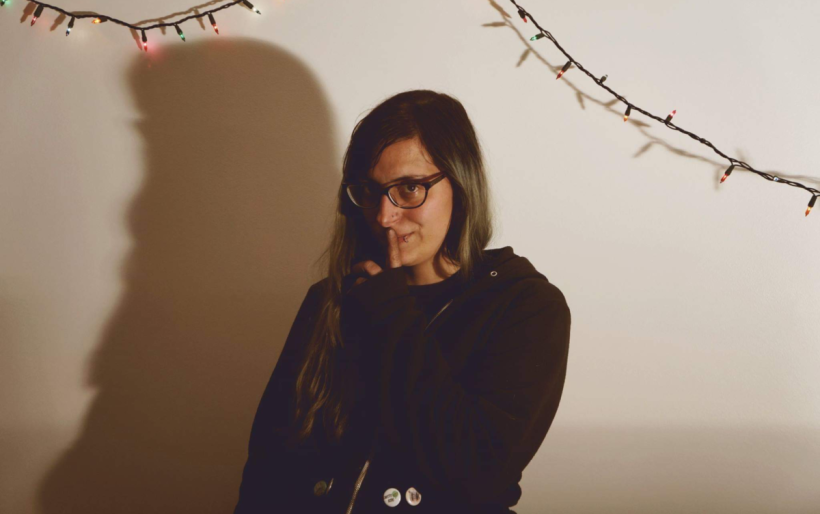 In a tight-knit town like Philly, community is everything. So when a beloved member lost too soon, you know their loved ones will rally to make sure they’re properly honored. Stephanie DiBona filled many roles in and around the Philadelphia music and theatre world, and was a friend to all who met her. After she passed away in January, those close to her wanted to do something in her memory that emphasized the importance of community and the value of friendship.

That’s where Love Your Friends Fest comes in. A mini-festival across three venues over two days, the event will celebrate DiBona’s lasting impact while also serving as a reminder to — as the title suggests — love and appreciate those who are important to you. All proceeds from the fest will benefit local nonprofit WOAR, an organization dedicated to preventing sexual assault.

“Steph was a radiant blue light beam,” said Rachel Dispenza, a friend and former roommate of DiBona’s and half of the local duo Coping Skills. “She was a musician, a master electrician, a lighting designer, a stagehand, a mechanic, a record label owner, a graphic designer, a writer, a Pisces, a nerd, and a true friend to everyone who crossed her path.”

Dispenza is organizing Love Your Friends Fest, along with Chelsea Leese and Ruben Polo, in order to bring together those who were part of DiBona’s wide-reaching community. A frequent show-goer and supporter of the DIY scene, DiBona helped host house shows alongside Dispenza, and worked to promote an inclusive atmosphere. “She was always the one who could sense when another person felt lonely or out of place and would reach out to make sure that person felt comfortable and included,” said Dispenza.

DiBona also ran Girls Cartel Records, a now-defunct label that released music from bands like Soul Glo, OsoLuna, Monoliths., and Well Okay between 2013 and 2016. She held several positions in arts and theatre around the region, designing lighting at Underground Arts, filling electrician and stagehand roles at local landmarks including The Wilma Theater, People’s Light, and Longwood Gardens, and working as a multimedia tech specialist at the Community College of Philadelphia. She was also a proud member of the local stagehand union, Philly IATSE Local No. 8.

But above all, DiBona was a comforting voice and presence for members of her community. “She gave us all her best and inspired us to do the same,” said Austin Vitacolonna, a friend who assisted Steph with Girls Cartel Records.

“Steph could kick your ass in the right direction while still letting you know how cared for and important you were,” said Dispenza. “In the music and theatre community, we all feel such a huge loss.”

Andy Katz of the band Nude Shoes shared a memory of DiBona that captures how special she was to those who knew her.

“One of my most fond memories of Steph was when we went to Monmouth Beach. It was me, Austin [Vitacolonna], and Steph. We went all around the shore that afternoon. We went to Jay and Silent Bob’s Secret Stash, Johnny Mac’s for pizza and beer, and then we walked around the beach. It was a perfect day. Good friends, pizza, beer, and the beach. There was one moment when we stopped and stared out into the Atlantic. I remember turning to my left and saw Steph and Austin staring out into the ocean. It was quiet, you could only hear the seagulls and the waves tumbling over each other, one by one. I think in that one moment, we all felt totally at peace. I remember getting back to my house after getting food and watching Austin eat a gigantic burrito (I was amazed honestly, that burrito was huge). We said our goodbyes. Steph gave me the biggest hug (Steph’s hugs were always the best – in fact, they were legendary), and they were off back to Philly. What a perfect day. When I think of Steph, I think of that day.
Every time I go to the shore, I know Steph will be there too.”

The lineup for Love Your Friends Fest is a testament to DiBona’s impact in itself. 15 bands will perform; some traveling into town from as far as Ohio, Virginia and Connecticut. Philly duo Who Loves You has chosen this event as their last show, and former Hartford, CT band Two Humans will reunite for this show.

Love Your Friends Fest will take place on Friday, February 22 and Saturday, Feb. 23 at Gonesville, Super Wimpy HQ, and No Face Studios. See the full lineup below and visit the Facebook Event Page to contact the fest’s organizers for addresses. Tickets are on sale now via Home Outgrown Presents.