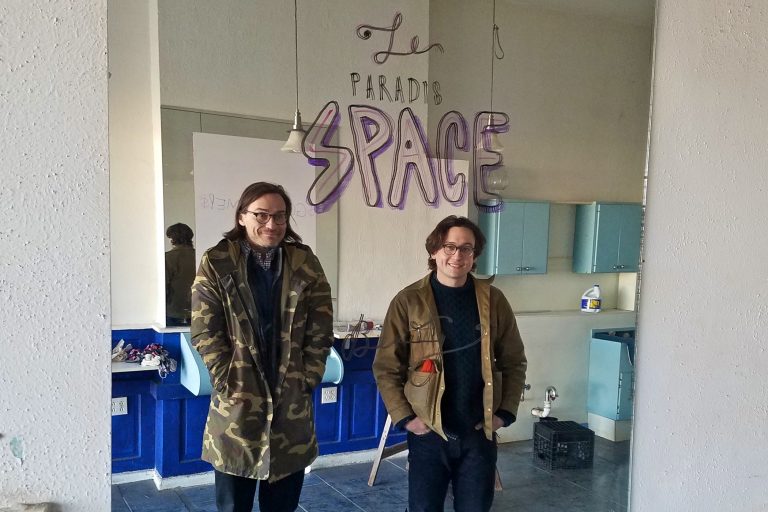 Longtime artist collective Space 1026 has found a new home in an unlikely space. Forced to vacate the Chinatown building it’s called home for more than 20 years due to rising rent, the artists behind the collective launched a crowdfunding campaign to find its new home, and according to a report by WHYY’s Peter Crimmins, they have purchased a former North Broad Street beauty salon.

The artists hope the new location will be able to accommodate the same uses of the old space, which housed studio spaces, a screenprinting facility and a gallery space for art exhibitions and musical performances. It’s also a fresh start for the collective, which includes about 20 artists. “We’ve always been held together by duct tape and hot glue, and dumb positive attitudes and blind faith that it’s going to work out,” Space 1026 founding member Maximilian Lawrence tells Crimmins. “Until this round, which was different.”

The former Le Paradis beauty salon, which is located near the new Met Philadelphia, gives the collective the opportunity to own their property outright, despite the financial risk that poses. Some traces of the former salon still exist in the space, but according to Space 1026 member John Armstrong, that actually captures the DIY mentality the artists are going for. “Something we found comfort in was that the former owner was so economical and creative about storage, with so many milk crates and plastic buckets. It feels like home because of the do-it-yourself storage methods,” he tells WHYY.

Space 1026 will officially relocate to the North Broad location in May. Their second-to-last exhibition at the Chinatown space, Puzzled Looks, is on display now. Read the full feature on the arts space’s move over here.