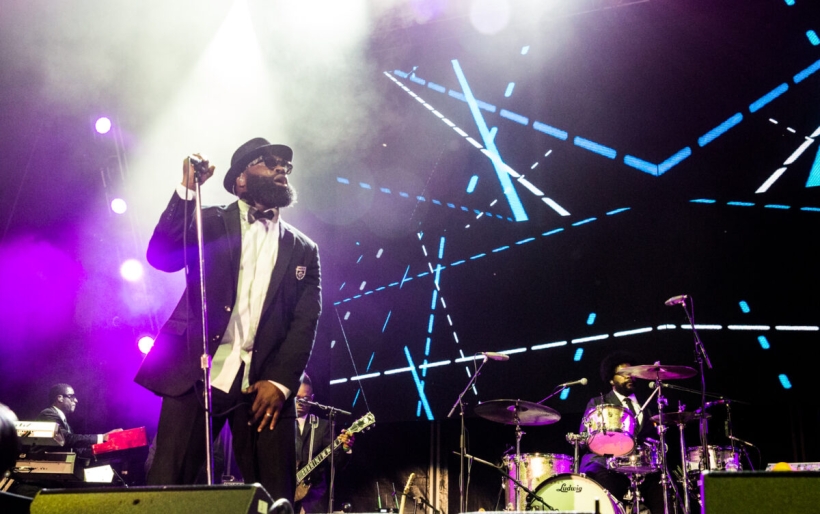 The Roots are performing Things Fall Apart at The Roots Picnic this year (plus Raphael Saadiq, Tank & The Bangas, Yasiin Bey, &More, and more)

Beloved Philly hip-hop trailblazers The Roots are moving across town this year. After a decade at the Festival Pier at Penn’s Landing, the annual Questlove-curated Roots Picnic has found a greener and more spacious home in West Philadelphia’s Mann Center for the Performing Arts. As Quest wrote on Instagram, “finally we have GRASS to have a real picnic!”

The festival is set for Saturday, June 1st, and the band is using the occasion to celebrate the 20th anniversary of its breakthrough album Things Fall Apartby performing it in full…though, since this is The Roots we’re talking about here, don’t expect a note-for-not recreation.

Also high on the bill is cool and charismatic R&B singer/songwriter H.E.R., who has mystique and moods to spare, and 21 Savage, who is playing is second Picnic and who you probably can’t go a few hours without hearing his single “A Lot” on Power 99. Not that we’re complaining.

Speaking of Black Star, Yasiin Bey is the featured guest on Black Thought‘s annual mixtape, though he’s bound to bring out anywhere from a few to a dozen surprise guests.

2018 #XPNFest vets Tank and the Bangas and &More are in the mix as well — the latter just recorded a Tiny Desk concert, which we can’t wait to see. And for the folks under 35, there’s Atlanta rapper Lil Baby,  D.C. singer Ari Lennox, Nigerian-Georgian rapper Davido (for those keeping tabs, that’s three rappers from the ATL so far), L.A. singer Asiahn (Cali is well-repped, too) and a lot more that I’ll be listening up on ahead of the festival. (Thanks, Roots, for keeping me on my toes.)

There are also DJs, podcasts (including live tapings of Joe Budden and Questlove Supreme), and a performance from the 50-voices-strong Resistance Revival Chorus, a music-and-activism ensemble from New York.

Tickets go on sale Friday, March 15th at noon; more information can be found at the XPN Concert Calendar. Music and show poster below.