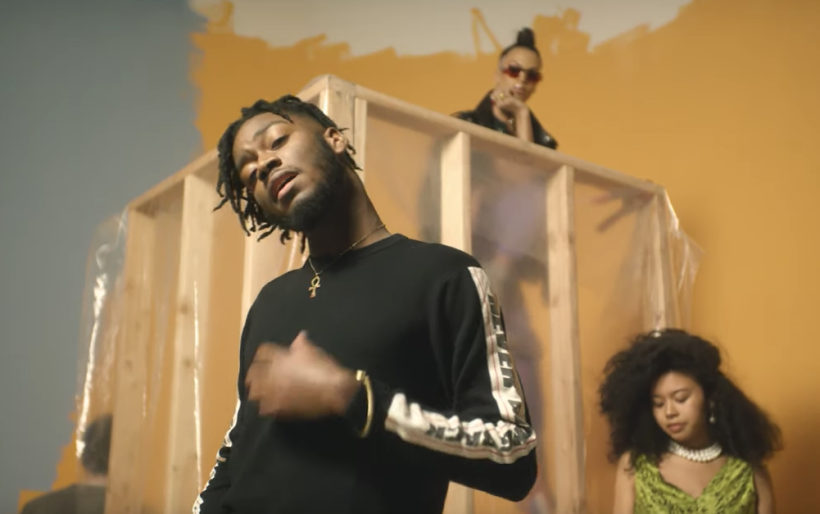 Philly pop-R&B singer AnnonXL alternates between a lovelorn, contemplative mood and a ready-to-hit-the-club energy in his song “Canary Yellow” from last year’s Teen Angst project, and the recently-released music video for that song captures that duality in moody low light and vibrant, poppy expanses.

Directed by Jake Lazovick and Richard Smith, and shot by Daniel Brennan and Mulch Aikens, the video shows AnnonXL on the front porch of a nondescript house, bathed in red light from a window and blue light from the sky, making his case to the object of his affection in a Prince-style melody: “I could give you all you’ve ever wanted / Give you all the things that you’ve never had.”

It’s at this point that a swift and classic 808 beat drops and we are launched indoors to a incredibly stylish, upbeat house painting party. One wall is getting rolled with blue-ish grey, the other wall canary yellow (like the title), and AnnonXL dances around the room and a corner nook with his friends Leeyuh Neptune, Reiko, Brandon, Zay Ali, CJ Walker, and Moses the Prophet.

Give the video a watch below — we’re pretty certain you’ll be dancing yourself. AnnonXL does not have any proper gigs announced at the moment, though we hear he’s going to be on the lineup of a SoFAR Philly event sometime this spring — we don’t know where or when, though, but you can keep tabs on them here.

(AUTHOR’S NOTE: In a previous version of this piece, I referred to AnnonXL as a rapper, which is incorrect. AnnonXL is a pop-R&B singer, and had I been listening more closely to “Canary Yellow” and Teen Angst, I would have realized — as much as the energy and delivery might have reminded me of contemporary melodic rap — there’s no actual rapping happening, and I shouldn’t have made assumptions that were at best lazy on my part, at worst insensitive and problematic. I’ve apologized to AnnonXL, and will do better in the future. I’ve also removed a reference to Auto-Tune, as there was no Auto-Tune used on this or any of AnnonXL’s songs.)