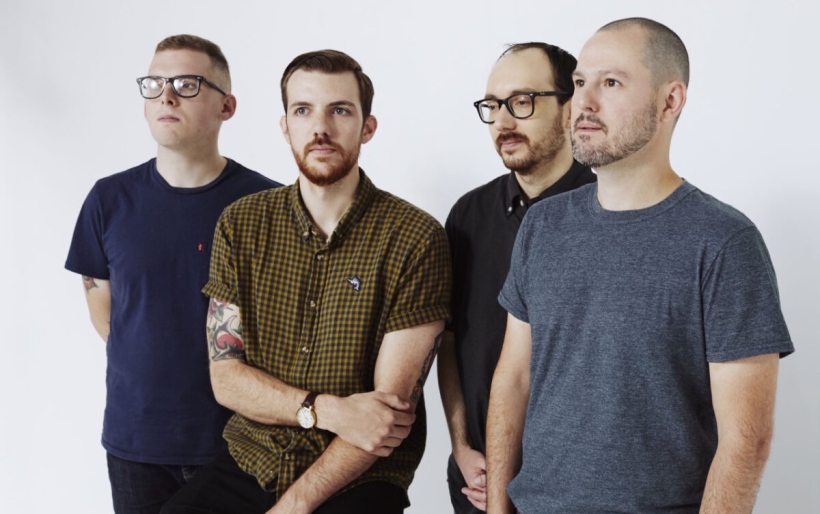 Cabana Wear | photo by Gianna Vadino | courtesy of the artist

The band features singer-guitarist Brian Mietz (The Not Fur Longs, It’s A King Thing), guitarist Alec McVey (Aspiga), bassist Dan Saraceni (By Surprise, The Only Ghost In Town), and drummer Eric McConathey (Brackish). Their chemistry and camaraderie was evident from the get-go, as McVey told The Alternative in a recent interview.

“We didn’t have to go through any weird growing pains of learning to write and play music with each other,” he said. “I’ve never had a band that I was in feel this natural right off the bar before. It’s always gotten there eventually, but it felt like the four of us were all on the same page right from the first practice.”

Cabana Wear’s self-titled debut is out this Friday, March 15th, on Sludge People, and ahead of its release, we’re happy to give you a first listen to one more song from the record. We’ve heard the quirky crunch of “Scaredy Horse” and the determined drive of “Bother You“; today, we bring you the dreamy rocker “Always Loose,” a song that takes down toxic friendships with an ever-increasing fuzz pedal attack.

Addressing somebody who passive-aggressively belittles people around them, and is an unreliable person besides, Mietz sings “You stretch the truth so much it’s always loose. Are you sorry that you made me feel stupid? I didn’t think so.”

It’s a quick attack, two minutes and gone — the band purges their frustration, dusts off their shoulders, and moves on. Take a listen below, and grab a pre-order of the Cabana Wear vinyl LP via Bandcamp, or get the cassette via Sludge People. The band is on tour this spring with two Philadelphia dates, one at The Barbary with Sleep In on March 29th and one at Boot and Saddle with Shy Boys and Secret Nudist Friends. Tickets and more information on those shows can be found at the XPN Concert Calendar; full tour dates below.