Listen to Sterling Duns and R.B. Ricks from Hardwork Movement on the 25 O'Clock podcast - WXPN 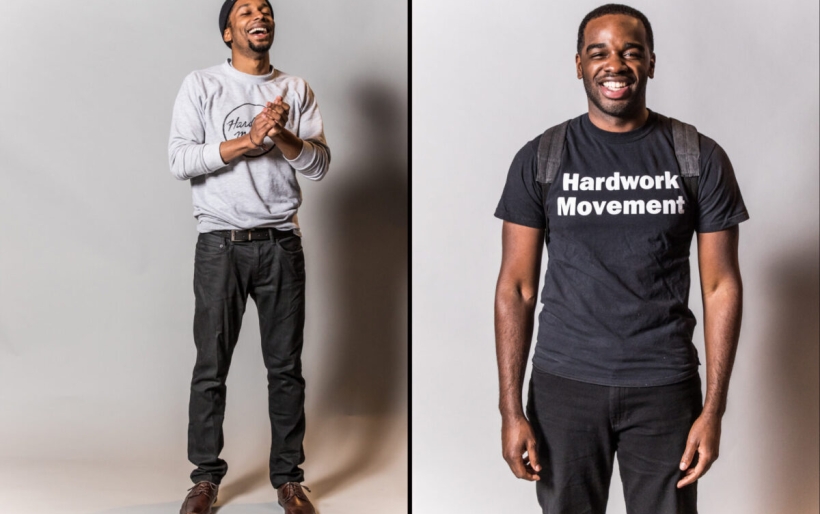 Listen to Sterling Duns and R.B. Ricks from Hardwork Movement on the 25 O’Clock podcast

For the latest episode of Philly music podcast 25 O’Clock, MCs Sterling Duns and R.B. Ricks of Hardwork Movement met up with host Dan Drago in his South Philadelphia studio for a wide-ranging conversation that got to the heart of who these two artists are as people, but also explored the philosophical underpinnings of their collective.

They opened the conversation with a funny story about Duns’ and Ricks’ first time on the mic together: meeting and interviewing reggae greats The Mighty Diamonds for G-Town Radio at a City Line Avenue hotel. They went on to talk about not just the successes of Hardwork Movement, but also its failures — such as the time they were on an internet radio show in 2014 when the call-in audience voted them off the air before the song was even completed. Failure, Duns says, helps you learn and grow, and makes you motivated to do better: “I told myself never again, no matter how long we make music, would that happen.”

They also talked about the literary and philosophical thinkers that influenced Hardwork movement: James Baldwin, Octavia Butler, Bayard Rustin, Audre Lorde, and bell hooks. They talk about the spirit of inclusiveness, among the members of the band itself and between the band and its audience, and how they treat their live shows as a circle of energy.

“We envision such a more connected, collaborative world, and we really need to model that if we want to see that come to fruition,” says Ricks.

They also reflected on the idea of showcasing of black culture for white audiences, and whether that becomes tiring or burdensome (both seemed to agree that it depends on the audience’s level of interest and sincerity).

Listen to the entire podcast below. For the first time in what feels like forever, Hardwork Movement does not have any live shows on the horizon, but Duns and Ricks promise that new music is on the way as spring eases into summer.