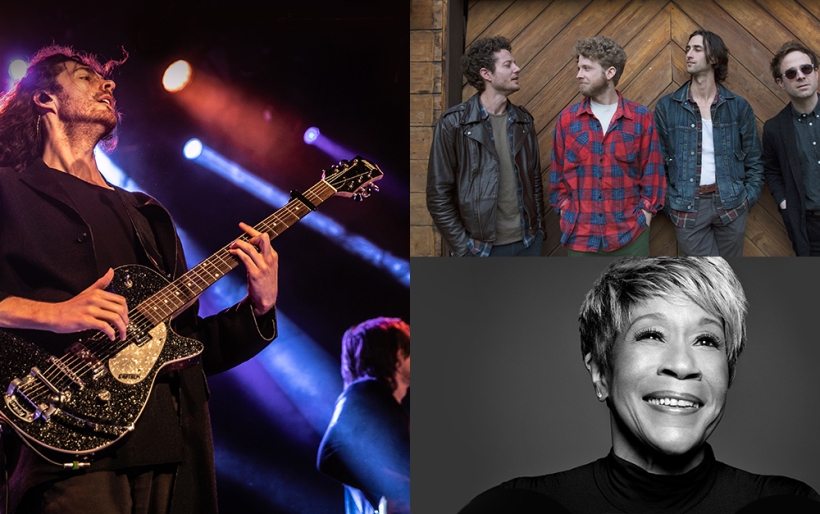 The XPoNential Music Festival presented by Subaru returns to the Camden Waterfront in just a few short months, the weekend of July 26, 27, and 28.

Headlining the BB&T Pavilion on Friday, July 26 is Irish singer-songwriter Hozier, who debuted in 2013 with “Take Me To Church,” a ubiquitous song that led his 2014 self-titled album to double-platinum status. He returned earlier this month with his sophomore album, Wasteland, Baby! Watch him perform the opening track, “Nina Cried Power,” on World Cafe below.

A couple of Philly locals will join Hozier to get the festivities started at BB&T — Japanese Breakfast, the indie-rock outfit led by songwriter Michelle Zauner, will play, along with jazz-influenced psych-funk collective Killiam Shakespeare.

Rounding out the Friday lineup at Wiggins is Nashville rocker Rayland Baxter, soul-pop songwriter Nilüfer Yanya (who opened for Sharon Van Etten’s recent Union Transfer show), blues guitarist Christone “Kingfish” Ingram, and local rockers Foxtrot and the Get Down (who were featured in a Key Studio Session in January).

Tickets go on sale this Friday, March 29 at 10 a.m. over at xpnfest.org. Stay tuned for another announcement with more #XPNFest 2019 details next week.