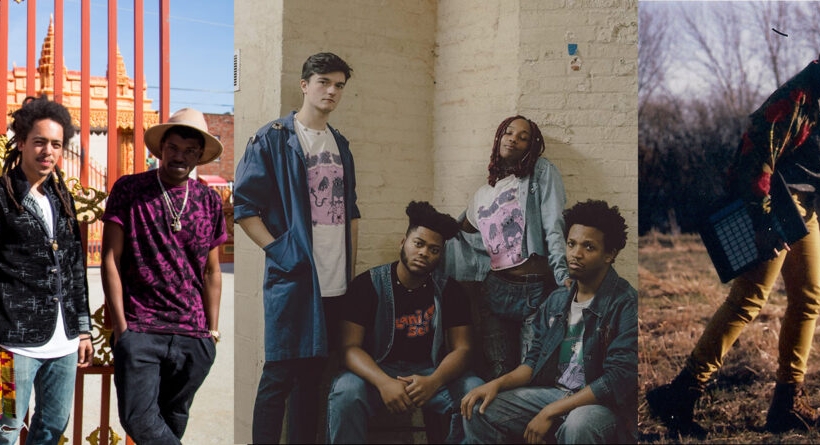 A retro power trio in the vein of Cream, Blue Cheer, and the Jimi Hendrix Experience, Philly’s Ill Fated Natives have been burning up stages for the past six years; their debut LP Savages was released in 2015, and they followed it up last year with Live at the Bitter End, a recording from a gig in New York.

Hartford, CT four-piece Jelani Sei debuted in 2014 and pushed the boundaries of the New England post-emo scene with math rock rhythms and ambient textures folded into their songwriting. They have a new record due out later this year that takes their sound into even more experimental and eclectic realms.

Opening the gig is Kilamanzego, a West Philly artist that has been releasing track after track of cosmic electronic music over the past couple years. A multi-instrumentalist with roots in punk rock, Kilamanzego’s recent tracks feature elements of trap, pop, and traditional Ghanaian music, and they recently curated an amazing Spotify playlist of like-minded Philadelphians.

Tickets to the concert go on sale Friday, March 29th at noon, more information at the XPN Concert Calendar. The House Key Showcase is a collaboration between The Key and House Cat Presents, and is made possible with support from Founders Brewing and WXPN. Listen to music from May’s artists below.