The blues lives on through Gary Clark Jr. at the Met - WXPN 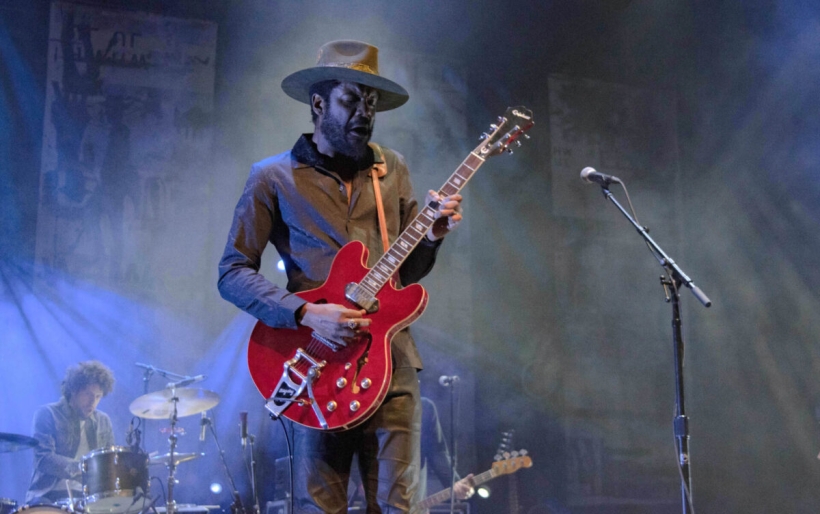 The blues lives on through Gary Clark Jr. at the Met

Since the blues is one of the most recycled genres in music since the early 20th century, it takes a lot to stick out as a blues-based artist. There’s only so much you can do with a guitar, the pentatonic scale, and a few licks. Or so you think. You see, the key is to explore into the world of intangibles. For instance, BB King played with feel and Albert King played with attitude. Son House played with grandiose, and Robert Johnson? He played with the melancholic-yet-passionate grit that only an oppressed, working class young southern black man from the early 20th century would understand.

Gary Clark Jr. took bits and pieces of all the blues legends before him, studied them, mastered them, then peppered them with elements of hip hop and soul to perfect a fresh take on an old recipe. Clark finds a way to pay homage to the blues greats of the 20th century, but he is careful not to rehash the same old blues tropes or re-create cheap imitations of the real thing. Clark is as authentic a songwriter as there ever was, and he proved it at a marathon two-and-a-half-hour concert at The Met Friday night. 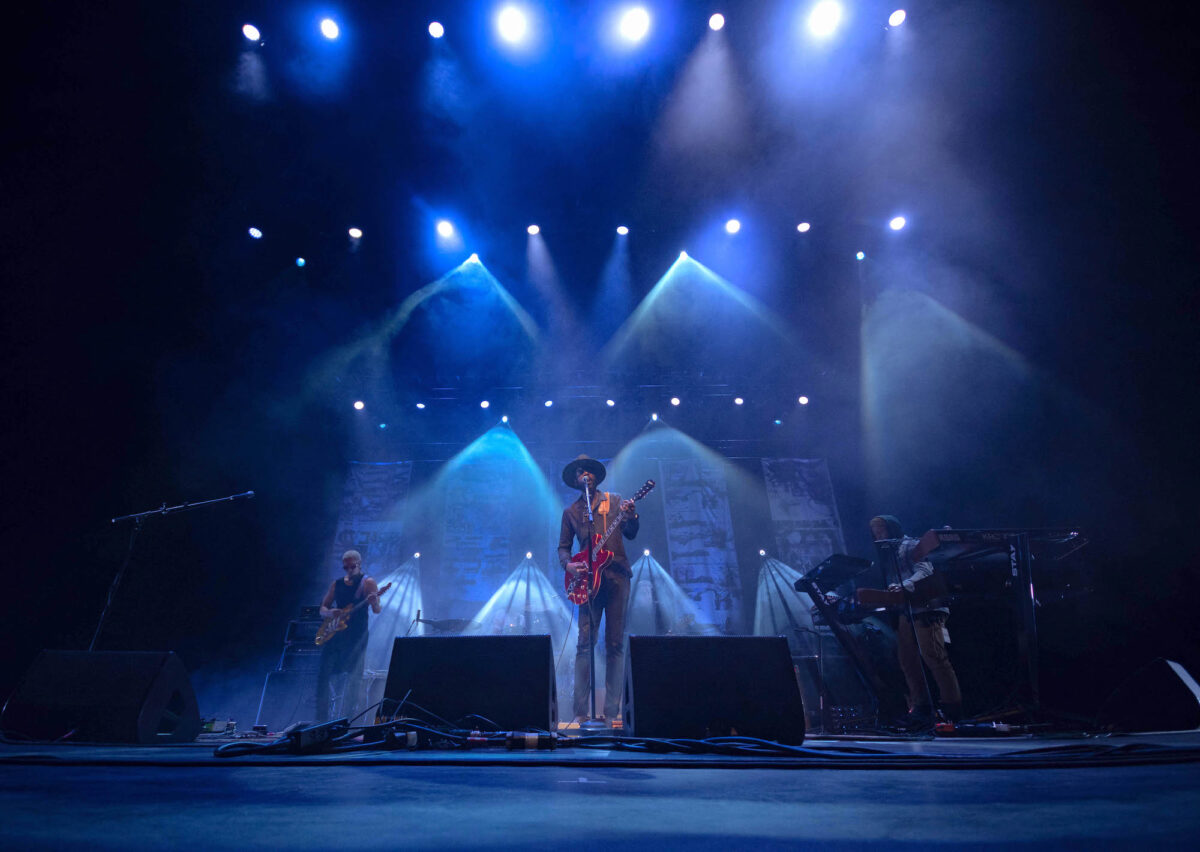 Clark’s audience has grown over the years, especially with his most recent album, This Land. With numbers like “This Land,” “Pearl Cadillac” and “The Governor,” it’ll be sure to be near the tops of year-end lists by December. Despite that, Clark kicked things off with a classic from his debut album, Black and Blu, entitled “Bright Lights.” Four new songs followed suit — “The Guitar Man,” “When I’m Gone,” “Low Down Rolling Stone” and “What About Us,” in that order — and with each passing song it became increasingly clear that the crowd anchored on North Broad was here for the new stuff just as much as the old stuff. Sometimes, rock and roll can unfortunately be like a matchstick: a quick light that prematurely flames out with only the most gentle gust of wind. In other words, a debut album causes a stir, anticipation ensues, and an artist fails to deliver the expectation of sustained success. I don’t want to jinx anything, but Gary Clark is three albums in, and each one is better than the last. In between the rawness of Black and Blu and the polished trophy album This Land is 2015’s The Story of Sonny Boy Slim, which was highlighted in a rendition of “Our Love.” The song is the best ballad Clark has written to date, and is the best evidence that he’s just as much a lover as he is a fighter. 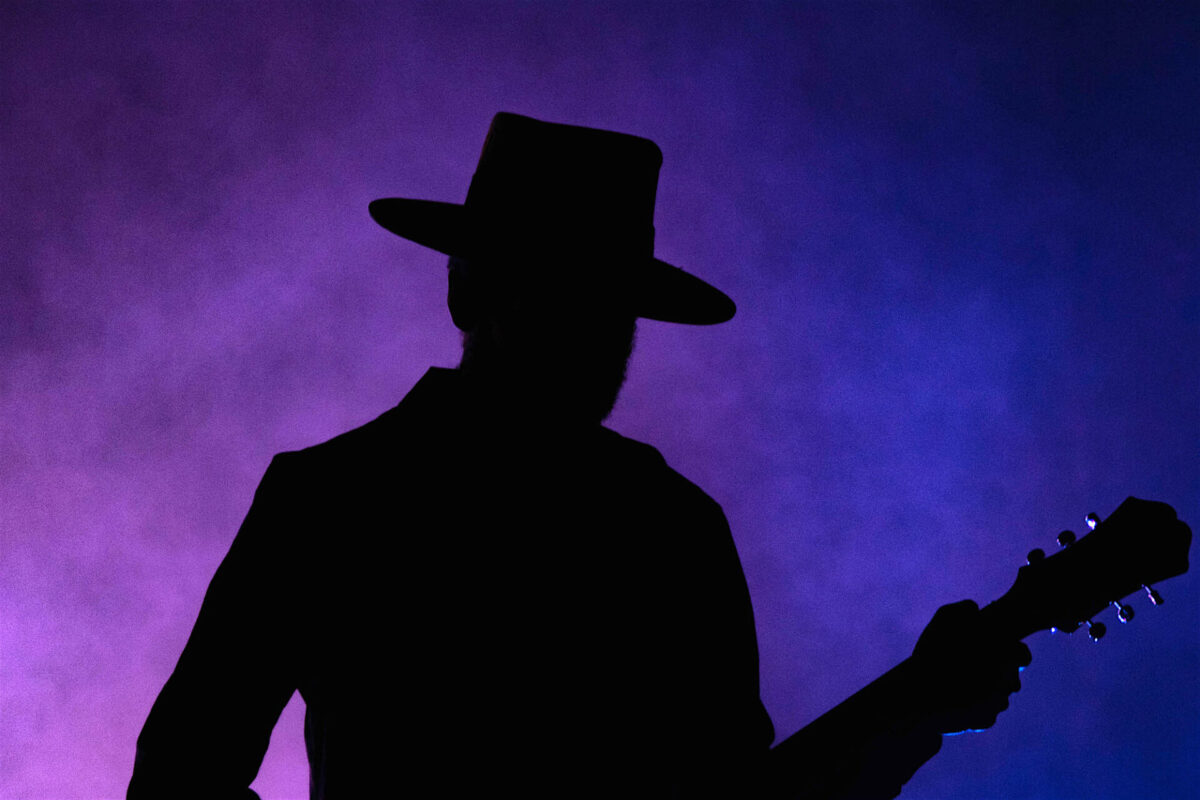 For two-and-a-half hours, Clark made a case for the timelessness and agelessness of his music. Only time will tell if this truly ends up being the case, but if you’re looking for proof of the blues rubbing off on the younger generation, you should look no further than a young Gary Clark fan named Jeff. Jeff was an audience member who attended the show on his 18th birthday. He held up a sign the entire night informing Clark that he should be brought onstage for a jam session in honor of his newfound legal adulthood. At the behest of a Met-full of “Jeff” chants, Clark obliged during the encore, endearingly told Jeff not to “fuck this up” and launched into a cover of Robert Petway’s “Catfish Blues.” Jeff proceeded to flail his body all over the stage as he bestowed solo after solo on a glossy yellow Gibson SG lent to him by Clark’s guitar tech, stealing the show from Clark as the audience’s jaws collectively descended to to the floor.

And that, ladies and gentlemen, is how the blues lives on. 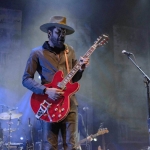 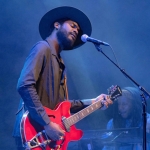 Encore:
Don’t Owe You a Thang
Catfish Blues
Come Together