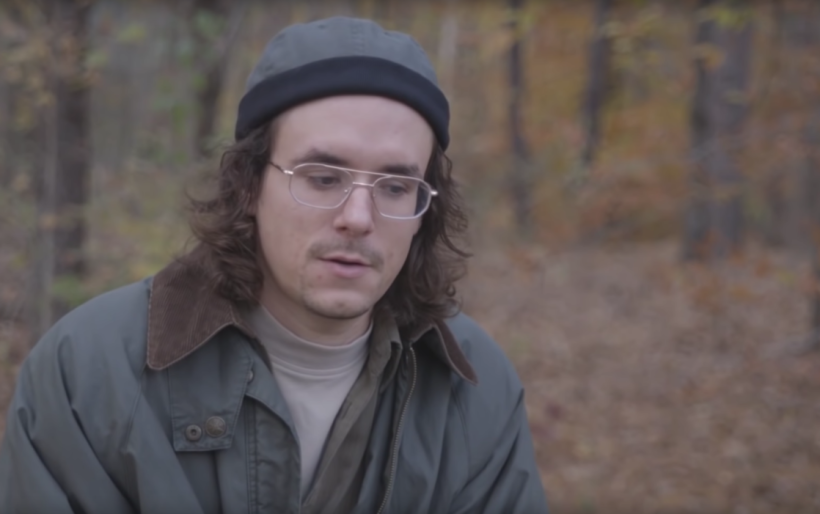 Bucolic opens up about struggle with addiction in moving documentary short

Singer-songwriter Bucolic has been growing in prominence in the Philly DIY scene this past year and gained acclaim for this space-like beats and introspective lyricism. It turns out that Bucolic’s frontman, Seth Carpenter, isn’t the only artist in the family. Carpenter’s brother, Luke Carpenter, has captured a moving documentary short, “Seventeen Twenty Four,” about his brother’s musical journey.

The film features Seth Carpenter as a young boy in an archive of grainy home videos. The footage shows Carpenter tapping away at a family piano and laying the foundation for a life in music. “It started when I heard Linus and Lucy, the Mission Impossible theme song, and the Pink Panther theme song.” Carpenter shares, “That was some of the first music I ever really remember hearing.”

But this documentary isn’t just about music. It’s also about Carpenter’s struggle with drug and alcohol addiction. While he started learning music as a kid, his battle with addiction took him away from his passion. “I stopped for a long time. I would dabble here and there… [music] got away from me a long time.”

In a candid interview, Carpenter admits that he was dealing with a lot of emotional pain which caused him to turn to self-harm. “I was looking for an answer so I turned to drinking. Pretty soon after, probably sophomore year, that’s when I went to rehab for the first time. I was doing opiates and messing with a  lot of other drugs… I had given everything up to chase drugs and alcohol, and that was really hard.”

Luckily, Carpenter’s story didn’t end there. At 22, Carpenter got sober and dedicated himself to making music again, just as he had as a child. His music today contains an element of hope that was missing from his songs before he found sobriety. “It’s a summary of my transformation and who I am today. There’s still pain and there’s still that underlying stuff that drove me to do that in the first place but now there’s a lot of hope in between.”

From this documentary short, fans of Bucolic have been given a glimpse into the inner, emotional world of a growing singer-songwriter. He speaks honestly about his difficult experience and gives hope to anyone who may be struggling with addiction themselves. Most of all, Carpenter emphasizes the integral role that sobriety has played in his musical success. There is often a belief in the music world that the pain of addiction can be a source of “inspiration” for songwriters. From beatniks to rocks stars, it’s easy to assume that being an “artist” is a package deal with drug and alcohol addiction. For Bucolic, this couldn’t be farther from the truth.

“I think there’s a cap for how far you can go on drugs…I think, at least if you’re an addict, in sobriety there’s no limit to the progress you can make and that’s a big inspiration for me to stay sober.”

Check out the short, Seventeen Twenty Four, below.