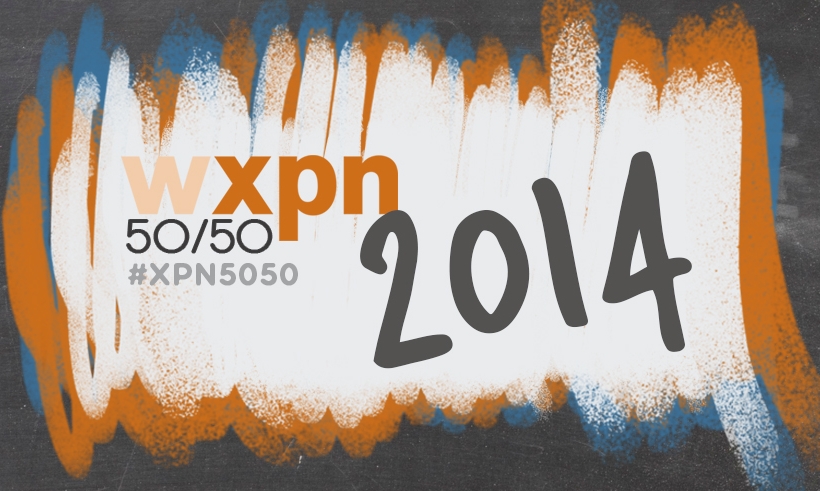 For fifty weeks this year, we’re celebrating the music of a specific year every Saturday on WXPN. We’ll be choosing the years randomly; for this week’s #XPN5050, Mike Vasilikos is putting the musical spotlight on the year 2014.

It was the year that The War on Drugs got Lost in the Dream, Lana Del Rey lit our way with Ultraviolence, Beck revisited his introspective side on Morning Phase, Taylor Swift broke records with 1989, St. Vincent’s self-titled record blessed us with “Digital Witness,” and Sam Herring of Future Islands danced our way into our hearts.

2014 also saw the debut of Hozier, the return of Pixies, and strong efforts from The Black Keys and Spoon.

On televison, folks who weren’t wrapped up in Game of Thrones got into the FX serial expansion of The Coen Brothers film Fargo, laughed along with Abbi and Ilana on Broad City, and got hooked on True Detective.

At theaters, the big screen was ruled by Boyhood, Edge of Tomorrow, The Lego Movie, and Guardians of the Galaxy.

Below, listen to a Spotify playlist of music from 2014.