Listen to Interminable talk cultural change and Rebirth::Renacer on the 25 O'Clock podcast - WXPN 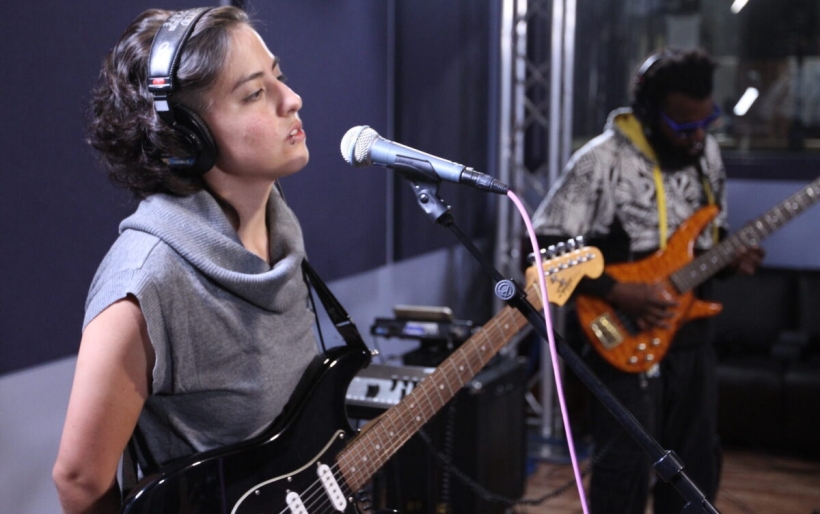 Listen to Interminable talk cultural change and Rebirth::Renacer on the 25 O’Clock podcast

Ximena Violante and St. Clair Simmons of Latin fusion outfit Interminable are the latest guests on local music podcast 25 O’Clock. The two musicians joined host Dan Drago to talk about the project, which was started by Violante as a way to reconnect with her Mexican roots. Interminable also includes Becca Graham and Marty Gottlieb-Hollis, who also play trumpet in Hardwork Movement; their debut album Rebirth::Renacer is out now.

Violante and Simmons talk about how they each started getting into music as kids and how Interminable formed out of a chance encounter, and Violante discusses how cultural change of moving from Mexico City to the Philly suburbs influenced the type of music she plays today. The duo also treat listeners to a spontaneous jarana and trombone performance at the end of the conversation.

Listen to the episode in full below. Interminable opens for Grupo Fantasma this Thursday, April 11 at World Cafe Live. Find tickets and more information on the XPN Concert Calendar.