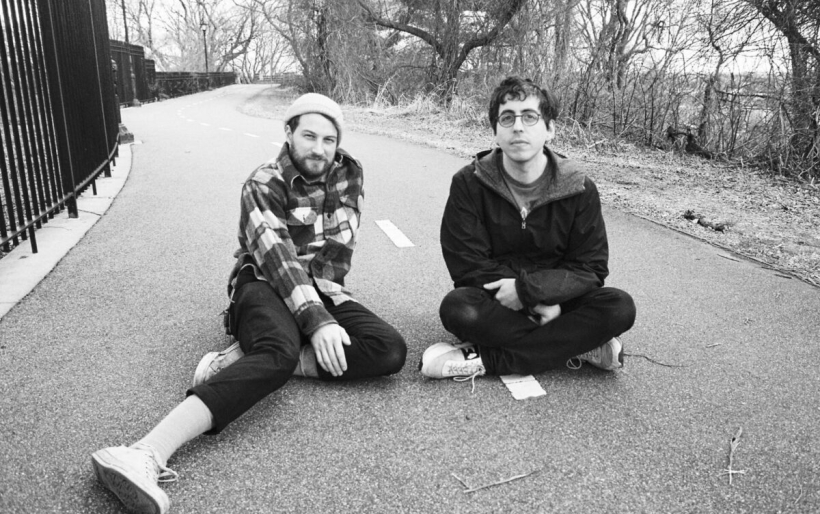 Coughy | photo by Natalie Piserchio | courtesy of the artist | nataliepiserchio.com

By Brian Wilensky
April 10, 2019
11:04 AM
Share
Coughy | photo by Natalie Piserchio | courtesy of the artist | nataliepiserchio.com

The twenty-song effort comes from Andy Molholt and Julian Fader, of Laser Background and Ava Luna fame, respectively, while spending the summer of 2016 together at Buck’s Rock Creative and Performing Arts Camp in New Milford, Connecticut. While counseling and teaching classes on songwriting to kids aged anywhere from eight to eighteen, the two managed to find time for some late-night recording sessions in the studio at the camp. It wasn’t until they started playing together that they decided to make all their songs as close as possible to being only one minute long.

“We would go in after hours, basically after the kids had gone to bed,” Fader says over the phone from Denver, Colorado, mid-tour with Ava Luna. “And we started writing these songs and just decided on a whim, ‘Oh, let’s write these one minute songs and see how much we can pack into 60 seconds.’”

Molholt welcomed the task at hand. He realized that even if the songs are short, there’s still plenty to accomplish.

“For short songs to actually make something happen is a challenge,” he says. “I also think it’s a challenge to not repeat the part again. Because it’s really normal for a listener or a songwriter to want to hit the chorus one more time, or if you’re Paul McCartney, hit the chorus six more times. I think this really was an act of minimalism.”

At the beginning of the summer, for no particular reason, Fader took a break from writing music. It was the month prior to the Ocean Hug sessions and it allowed him some time to listen more, take in more music and focus on working at the camp. He didn’t necessarily have a buildup of ideas at the end of that month so it’s hard for him to say if it directly influenced Coughy’s song writing process. However, both he and Molholt agree that the songs came together quite easily.

On the other hand, Molholt found that the camp informed his own personal process. While teaching songwriting to the campers, he found himself analyzing his work more closely. It was the first time in a long while that he’d had to articulate the minutia of creating music from scratch, which he says he didn’t expect it to aid his writing for the album like it did.

Molholt and Fader decided to continue the project the next summer because they felt it was still incomplete. Not only did they set the song length parameter, but also to write 26 songs, one for each letter of the alphabet. It wasn’t until they’d written about 10 songs at the camp that they’d make that choice. Summer 2017 Coughy went from the woods of Connecticut to New York City, where Fader lives, to continue writing and recording. But Fader says the setting didn’t play into how their minimalist psych rock would develop.

“I don’t think you can tell this one is from the woods, or this one is from the city,” Fader says. “The setting didn’t change the product and I’m not really sure why. The New York songs were a little more self-assured, maybe because we already had a format. We sort of created this world for ourselves in the rehearsal space like we did in Connecticut. And ironically, we’d always get this big thing of coffee, a bunch of seltzers and some food. And we’d work in this little self-contained world. And the rest of it didn’t really matter, it’s just a room.”

One day that summer in New York, Fader had to leave the rehearsal space for a few hours. In that time, Molholt recorded all the parts for “S.” Another time during their initial sessions in Connecticut, Molholt was working late at the camp, so Fader went to the studio and did a full song himself. While “S” is right within Molholt’s wheelhouse for its airy space pop vibe, it isn’t wholly obvious throughout Ocean Hug whether Fader or Molholt wrote which songs. However, there may be some clues; Fader says he contributed all the parts to the driving fuzz banger, “V.”

Coughy has several members when playing live, but having only two members for recording works out well logistically, according to Fader. He’s played drums on multiple Laser Background albums, so he already has a working relationship with Molholt. Plus, they’re both drawn to each other’s bands aside from Coughy. But for Molholt, it’s something much more than that.

“Having that mutual affinity for liking each other’s music is what it stems from,” he says. “But it’s kind of nice when that can turn into a friendship though.”