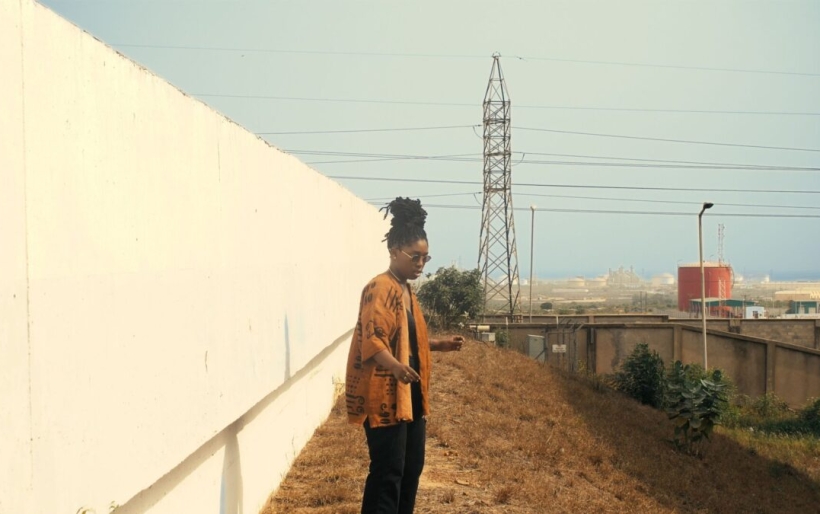 In search of a setting that represented the themes of distance and longing in her song “Taken,” Ivy Sole traveled to Africa to film her new music video. It proved a personal journey as well as a creative one for the Philly-based rapper-singer, who describes her first trip to her ancestral homeland a “pilgrimage of sorts.”

“Taken” is a track from Ivy Sole’s debut LP, Overgrown, and she is joined by Ghanaian Afrobeat artist B4Bonah in the video, which gives a new perspective to the song’s title. Sole shared the following in a press release:

I wanted to visit West Africa as a pilgrimage of sorts. I think many Black Americans and Black Caribbean folks have a yearning to go to where our families started, but we don’t have a specific place to return to because that history was stolen.

I consider myself blessed to have loved ones who have ties and are willing to share their homes with me; my manager (who produced the beat and the video) made it a priority to help me get to Ghana, collaborate with Bonah and accomplish the goal of creating more music and this video while we were there.

B4Bonah is one of my favorite Afrobeat artists and being able to shoot this video in Tema and Cape Coast made the trip extra special. It was heavy to be standing in a place where such terror took place, but I think my ancestors would be proud of my path back and my path forward.

Watch the video for “Taken” below. Ivy Sole has no Philly dates on the calendar at the moment, but will play two NYC dates with Birmingham, UK singer Mahalia later this month; April 24th at S.O.B.’s in Manhattan, and April 25th at Rough Trade NYC in Brooklyn.