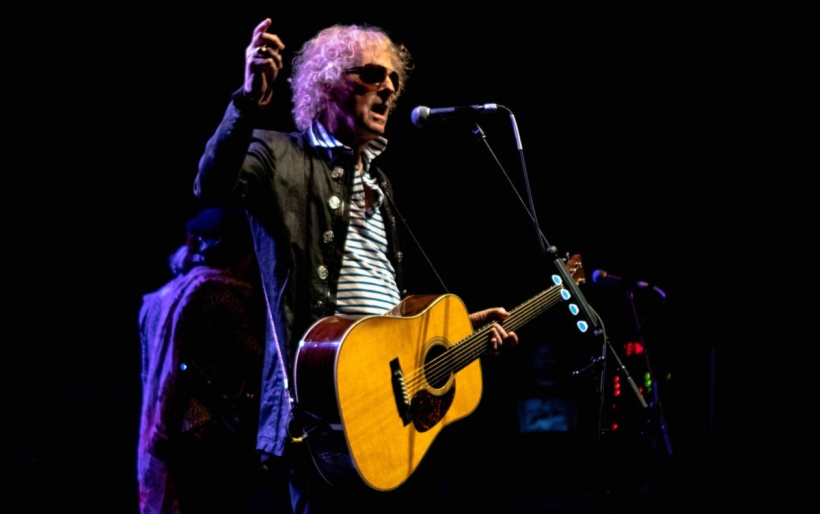 The theatrical, glam-era savoir faire that Mott the Hoople and its singing songwriter Ian Hunter brought to its even its roughest, rocking material has never been given its proper due. Hunter’s grand Spector-ian sweep, filled with honking sax, dramatically tinkling piano and a wall of chugging guitars — often told in his sandpapery croon as long stories, as if a mini-musical — predated Springsteen’s Born to Run moment by years. Everyone from the New York Dolls to Low Cut Connie have benefitted from Mott’s magic.

Now 79, accompanied by two of his latter day original Hooples (pianist Morgan Fisher, guitarist Ariel Bender) and his usual gutsy Rant Band, Hunter’s sweat-inducing suites and dramaturgical rockers packed the Keswick Theatre on Monday night. This was hardly surprising has Mott and Hunter are beloved in Philly: honorary local David Bowie not only gave the band “All the young Dudes,” he introduced them at their Tower Theatre show of November 1972 AND sang backing vocals on “Dudes.” (Mott use Bowie’s recorded introduction as its own at present.) The Hunter/Mick Ronson shows of 1979 and ’80 will surely remain legendary for their blend of rugged crunch and debonair panache, as the guitar hero finally got his arena rock due. Unabashedly nostalgic without being mournful (despite the inclusion of Hunter’s ballad “Rest in Peace”), Mott ’74 was exquisite in its respectful rendering of the past (without wallow) while maintaining a sense of present day danger in its instrumental rage (Bender’s guitar pyro-techniques were mad, yet tasteful as was Fisher’s hammy, gorgeous piano solos and intros). The songwriter even changed out offending and dated lyrical notions on “Violence” and “All the Way from Memphis” to accommodate his own insight’s growth and needs of his audience.

Starting with the taped Bowie intro, then “Jupiter” from Gustav Holst’s The Planets, Hunter repeated his interpretation of Don McLean’s “American Pie” before segueing into “The Golden Age of Rock ‘N’ Roll,” just as he did on Mott’s live album in 1974. No sooner than the phrase, “the day the music had died,” left his lips, he sneered, “Or did it?”

Then. Pow. Mott’s mix of piano-pounded, burlesque rock with its dirty horn honks, screamy higher range vocals (than on Hunter’s growly solo material) and Bender’s wry leads took hold — and kept up that messy and manic pace through the tart and showy likes of “Honaloochie Boogie,” “Pearl ‘n’ Roy (England)” and “Roll Away the Stone.” Darker stories such as “Alice” and “Marionette” were the best example of Hunter & Co. playing with British music hall motifs and multiple bellowing characters, with the latter being the most histrionic track of their long, cram-packed set. The Mott medley of “Jerkin’ Crocus / One of the Boys / Rock and Roll Queen / Crash Street Kidds / Whole Lotta Shakin’ Goin’ On / Johnny B. Goode / Violence / Cleveland Rocks” (yup), was a good old fashioned rave up the likes of which you rarely still see. For all of Mott’s sage rage rocking, it was its slow and tender moments that made you remember how richly epic-centric and passionate a songwriter Hunter is (hey, Barry Manilow recorded “Ships). The blowzily endearing, mandolin-based composition, “I Wish I Was Your Mother“ went down like Celtic Caramel. “Saturday Gigs” was a sweetly lonely treat. Ending the evening on the Bowie-Mott anthem “All the Young Dudes” was as tear jerking as a Douglas Sirk film — without the treacle — a gorgeous reminder to the elders in the crowd of what once was, and to younger audience members, of what could be when it comes to rock n’ roll’s continued golden age. 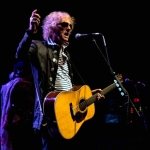