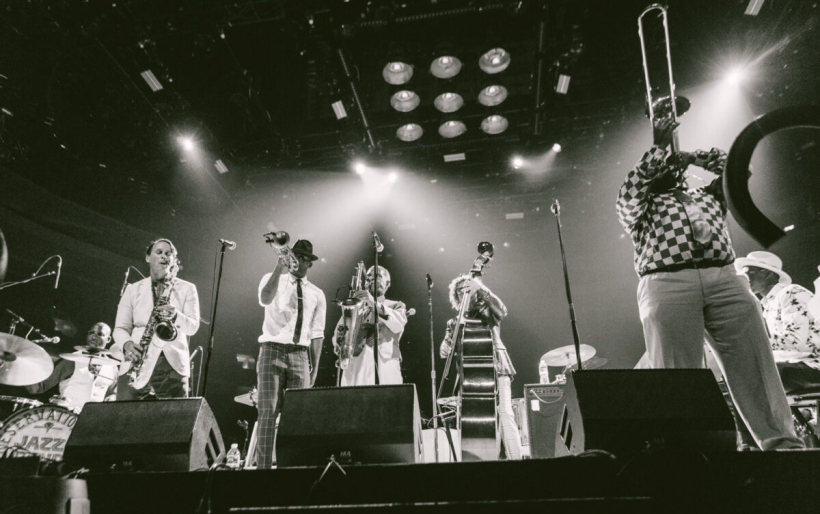 Five artists to see at the Exit Zero Jazz Festival

The Exit Zero Jazz Festival has been setting up shop in Cape May, New Jersey every spring since 2013, bringing a vibrant mix of jazz and jazz-adjacent sounds to the Jersey shore for some springtime revelry. The festival kicks off tonight, and runs through Sunday, and has a stacked lineup of players, many of whom will be quite familiar to XPNFest regulars. Here are five artists to see at this year’s edition of Exit Zero Jazz Fest.

Legendary New Orleans combo Preservation Hall Jazz Band does not believe in sitting still. Their performances don’t begin or end on the stage, the stage is just the geographical space that temporarily contains them; they’ll likely be blowing their horns on the way to and from their sets at Convention Hall tonight, and will likely use intermission between their two sets to continue jamming.

Georgia-born singer Lizz Wright has been blending gospel and jazz since 2003. Her latest album, 2017’s Grace, finds her striving to connect with her faith more deeply, while also acknowledging the divisions that faith create in 21st century society.

Of course, everything that storied 77-year-old pianist Chick Corea does is The Collaboration of a Lifetime™. But something about his Trilogy feels particularly special. Joined by drummer Brian Blade and Philly son Christian McBride on upright bass, the three-disc set Trilogy was released in 2014. Five years down the line, they’re back together to headline Exit Zero on Saturday.

Ten years and a half dozen albums after his debut, suave Twin Cities vocalist José James uses his latest project, Lean On Me, to pay homage to one of his inspirations, Bill Withers. It’s James’ second tribute album (he did the same with the music of Billie Holiday in 2015) and he’ll perform it in a Sunday afternoon set at Exit Zero.

Like PresHall, Brooklyn bhangra jammers Red Baraat are one of those bands that seems as though they’re playing music at all waking moments of the day. They’ll be literally doing that thoughout Saturday and Sunday at Exit Zero’s cabana pop-ups.