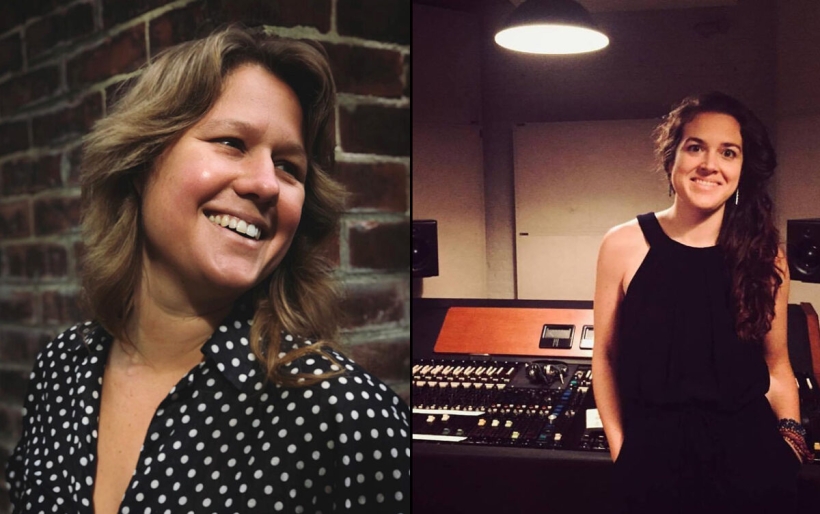 Birdie Busch and Rachel Alina | photos courtesy of the artists

Local songwriter Birdie Buschhas teamed up with sound engineer and poet Rachel Alina and illustrator Ashley Smestad Vélez for a collaborative project. Locals // If You Swim Far Enough sees each artist drawing on their respective creative forms to build a work that tackles time, place, friendship and growth.

Alina’s chapbook of poetry, Locals, is accompanied by over 80 of Vélez’s illustrations, and complements Busch’s acoustic album If You Swim Far Enough, which she recorded with Alina several years ago at Scullville Studios in New Jersey, featuring acoustic versions of several previously released songs from her catalog

According to the project’s description on Bandcamp, Ocean City native Alina “takes the reader on a rambling journey down the boardwalks and bleached-out side streets of her south shore hometown, beginning and ending at its musical secret, Scullville Studios.”

Locals // If You Swim Far Enough will be released on May 24. “Water,” Busch’s first teaser from the project, is out now; listen below, alongside the song’s original version from 2007’s Penny Arcade.