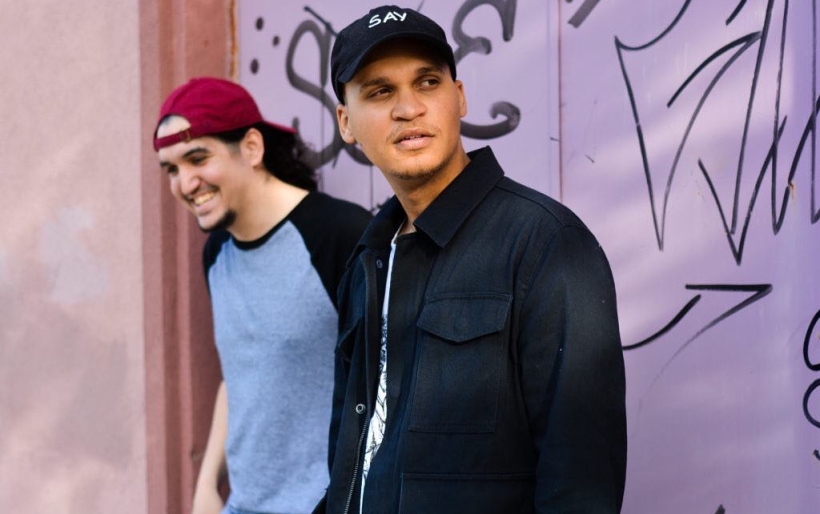 Josue Lora and Nota G | photo courtesy of the artist

The two voices at the front of Trenton-based Latin hip-hop group Agudos Clef have stepped out with a new single, “Nadie,” fusing new and old sounds to tease their upcoming project, Morir Soñando. The group is comprised of Josue Lora and Nota G who were last featured on the Key back in 2017. Then, Lora and Nota G had released “No Soy Yo”, a song about navigating identity. “Nadie” embraces similar themes but pushes for independence, self-determination, and making your own way in the world.

Agudos Clef worked with producer Ivan Barrias in Philadelphia on the song, and it was Barrias who highlighted the interesting contrast in “Nadie.” Barrias felt that the song reminded him of old school Fania Records singles, the label that produced the legendary Celia Cruz and other Latin performers, mixed with Ab-Soul, a contemporary rap artist signed to Top Dawg Entertainment. Agudos Clef leans into this historical mashup and “Nadie” resonates with a sound that is rooted to, but not constrained by, its musical past. The song features an undulating, futuristic beat that carries the listener through breakneck verses and, half way through, the production shifts and the song becomes heavily distorted. The effect is similar to that of Kali Uchis’ album, Isolation. Uchis is a Cuban hip-hop artist whose work similarly straddles the old and the new traditions. Lora commented that some people disagreed with their production choices on “Nadie.” “Most people said it was too much,” he said, “So we kept it.”

At its core, this is a song about doing it your own way. Lora says that he wanted to “create [his] own lane” and do whatever he wanted on the song. Agudos Clef’s dedication to originality shines in this single, and promises big things for the upcoming album.

Morir Soñando will be released on May 22 with guest features by Calma Carmona and Acentoh. Listen to “Nadie” below.