Laura Jane Grace and the Devouring Mothers were loose, limber, and incisive at Underground Arts - WXPN | Vinyl At Heart 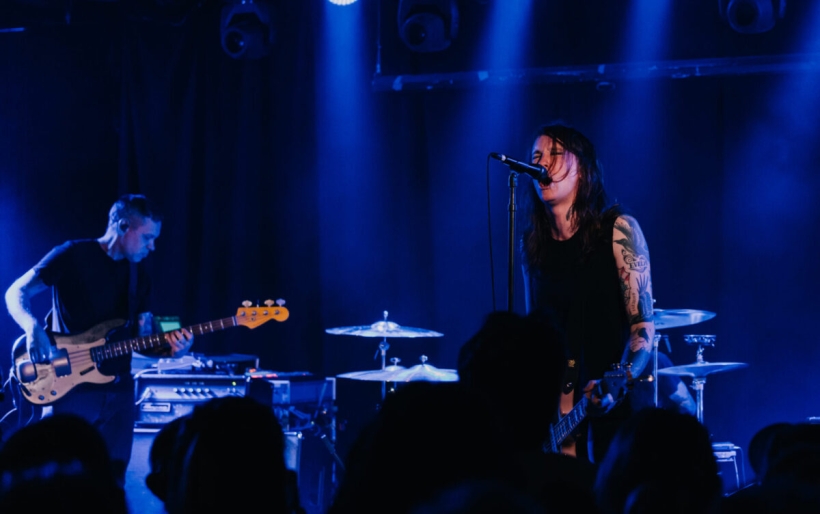 Laura Jane Grace and the Devouring Mothers were loose, limber, and incisive at Underground Arts

Threefull-lengthrecords, one bestselling memoir, and countless tours interspersed between: the past few years haven’t exactly left Laura Jane Grace with much free time.

The current venture: the tailend of a U.S. tour in support of the Against Me! bandleader’s 2018 solo record, Bought to Rot (released last fall on Bloodshot Records), with her backing band the Devouring Mothers. Friday night’s show at Underground Arts served to highlight Grace’s deft songwriting talents and showcase Bought to Rot’s freewheeling “mixtape” sensibilities onstage. Seemingly much more seasoned beyond their years, local punks Control Top’s precision blasts of noise opened the evening, celebrating both the release of their debut record, Covert Contractsand bassist/singer Ali Carter’s birthday. (Carter was later showered with flower bouquets and gifts from friends and family. The benefits of a hometown gig.) The trio played through cacophonous Contracts tracks with the confidence of a headlining act, suggesting Control Top a group to keep our eyes on in the future. Freed from years of Against Me! setlists, Grace and her bandmates were loose, limber, and incisive, much like her best solo work, as she and the Devouring Mothers played through the majority of Bought to Rot alongside some welcome covers. As a less weighty and burdened collection than proper Against Me! LPs, the songs on Bought to Rot are breezier in comparison (albeit no less cynical and observant), allowing Grace to swagger through tracks like “The Airplane Song,” “Amsterdam Hotel Room,” “I Hate Chicago” and “Born in Black” concisely and with aplomb. Welcome covers included the Mountain Goats’ “Amy aka Spent Gladiator 1” and the Replacements’ “Androgynous,” a live staple of Grace and Against Me! since coming out as transgender in 2012. For those who have followed her work since well before 2012, additions from Grace’s 2008 solo EP Heart Burns were a major highlight to the evening, with tracks “Conceptual Paths” and “Amputations” released during a more tumultuous time in her professional career and exist as unique and obscure favorites within her discography for many fans.

Grace ended an encore with a solo performance of “True Trans Soul Rebel,” from Against Me!’s critical and commercial breakthrough Transgender Dysphoria Blues, and the message was clear: Efficient, succinct rock music scratches an itch like none other, and Laura Jane Grace continues to will such a thesis into fact. 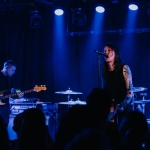