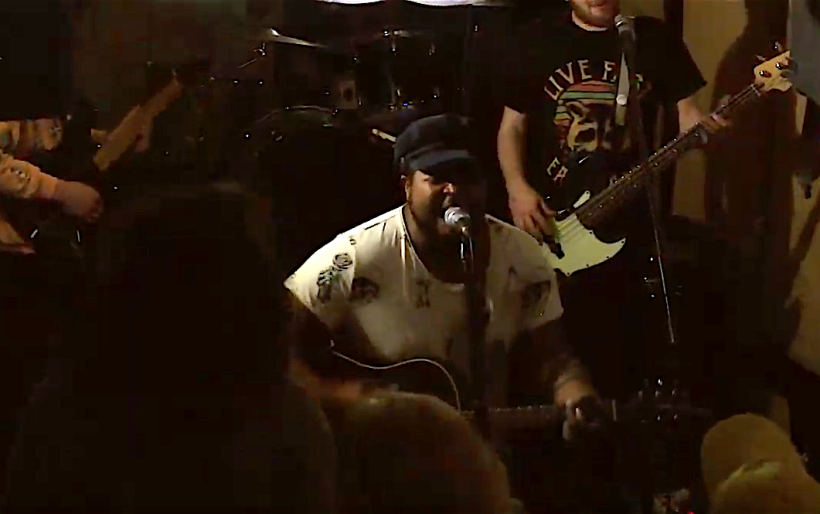 Rasan In The Heyday | still from video

Philly rock outfit Rasan In The Heyday first appeared last April with a Bandcamp demo that, while rough around the edges, showed a great deal of promise. A year later, the band is beginning to deliver on that with the release of “Rely On,” an uplifting modern rock song in the vein of The Lemonheads and Recovering the Satellites-era Counting Crows.

Band leader Rasan Allbritton sings with conviction about the race through life the connections we make on the way, and in the accompanying music video, we see him and his bandmates Hayden Remick on guitar, Patrick Bayer on bass, and Josh Caton on drums rushing across a spectrum of Philly clubs from Kung Fu Necktie to Bourbon and Branch to MilkBoy and more.

The video and song herald another weekend of bouncing between local stages for Rasan In The Heyday. Tonight, they’re in Ardmore at The Rusty Nail; tomorrow, they play Grey’s Ferry’s Pickle Rehearsal Space, and Sunday they are at the Fairmount Arts Crawl. Watch the video below, and keep an eye on Rasan In The Heyday’s Facebook for more on the new music they’re releasing this year.