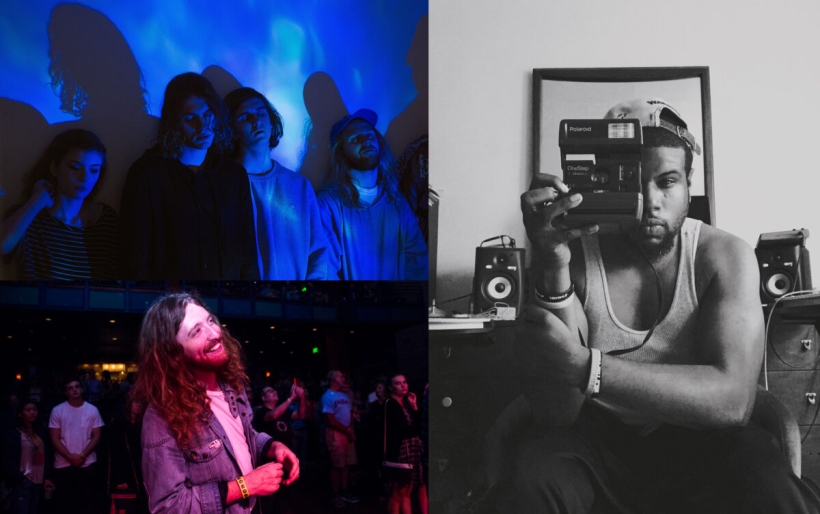 There’s always amazing music coming out of Philadelphia. But when the stars align and numerous releases we’re excited about drop in a single day, well, we tell you about it.

Whether you’re looking to drift away to ethereal dreamscapes, get lost in incisive lyricism, or rage to punk and synth-punk, Philly has you covered this week. Here are five new releases from the local music community that grabbed our ear today.

Technically from about an hour and 45 beyond the Philly geographical borders, Vicious Blossom has a dynamic and dreamlike sound that would nevertheless fit seamlessly in the more art-pop minded corners of our community. Drawing on the liquid sound shoegaze tones of 90s bands like Catherine Wheel and Slowdive, as well as current torch bearers like Wild Pink, the band’s Solace LP is 11 tracks of expansive bliss, and they’ll celebrate it tonight with a headlining show at The Kaleidoscope.

Philly-born beatmaker AntMan Wonder has an extensive resume that includes production with an endless list of major names in contemporary hip-hop: PRhyme, Anderson Paak, A$AP Ferg, Rapsody, Meek Mill, Raekwon, and on and on. His latest project, Before, concocts a cool and comforting tapestry of jazz-dappled psychedelic soundscapes that work the gamut from MoWax boom bap to Killiam Shakespeare-esque prog.

We’re always happy when we see Philly son Dominic Angelella posting about new music from his endlessly busy schedule. For the past year, he’s been on the road playing bass with Lucy Dacus, but he found time to record and release a reflective new two-song single — the A-side of which, “Universal Mommy,” he debuted at a Johnny Brenda’s show back in December. It’s a midtempo jammer that free-associates about life in the post-Trump era (“my head hit the ground / they thought I would get you, I didn’t elect you”) and the post-adulthood crash (“get married on your mama’s bison farm, everything’s coming up roses”) before giving up on words and just letting loose with a sick guitar solo outro.

Eat is a young punk rock band from Philadelphia, and sounds like it — not punk in the commercial rock radio aspiring Warped Tour sense, but in the tinny basement littered with cigarette butts and empty tallboys and a single microphone feeding into a laptop kind of way. Which, okay, obviously more production value went into their new Dance and Die EP than just that, but that is its energy and spirit in minute-to-two-minute blasts fueled by vocal howls by co-frontpersons Efron Danzig and Rachel Levin.

Honestly, I’m a huge fan of 7th Victim’s tagline: “When you think of Philadelphia-based electronic acts, only one name comes to mind. That name is VoidVision. But sometimes they’re not available. For those times, there’s 7th Victim.” A darkwave / coldwave / pre-industrial-gothwave project of vocalist Janet Bressler and synthesizer enthusiast Rodney Anonymous of The Dead Milkmen, the band’s new 40th Anniversary Single is out today, and it plays along with the band’s self-styled mythology of forming in 1976 in the UK and gigging “with Joy Division, The Clash, The KLF, and Depache Mode.. Except for when they haven’t.” This wild Kraftwerkian single celebrates the 40th Anniversary of 7th Victim’s first live set at the Stocksbridge PolyTech Student Union. Which, you know, didn’t actually happen. But it’s fun to believe.