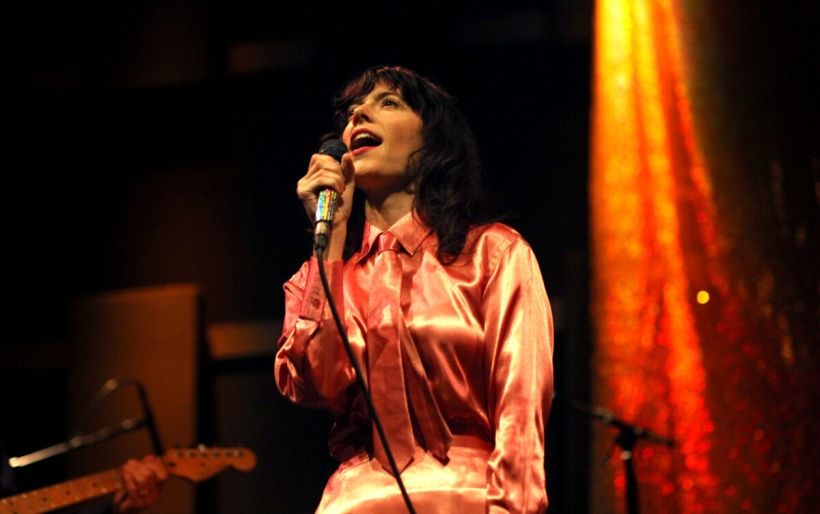 “It feels like we’ve played Philly the most on this album cycle,” Natalie Prass told a warm Friday night crowd at World Cafe Live earlier this month. And she’s not joking either: with NonCOMM, Free at Noon, a Johnny Brenda’s headliner, the XPoNential Music Festival, and an opening slot for Kacey Musgraves under her belt, the show marked the Richmond, Virgina singer-songwriter’s sixth visit to the 215 in the past twelve month. (Well, her sixth visit as a performer anyways; she’s engaged to her drummer, Eric Slick of Dr. Dog, and his family lives locally, so Prass pops up locally as a civilian as well.)

What made the World Cafe Live show special, though: it was only the second time she’d headlined in Philly in that promo run for last year’s outstanding The Future and the Past. The XPNFest show, the one with Musgraves…both were terrific, but found Prass squeezing what she was all about into a 45-minute opener / festival set, hitting the highs while cutting the dynamics. Now that fans (Philly and otherwise) have had almost a year to soak into Future — and for newcomers to the Prass parade, acquaint themselves with her eclectic back catalog — this was a set that captured the breadth of what Prass could do, for a house of fans who were best primed to appreciate it.

Opening with “Oh My” and launching right into the suave disco of “The Fire,” classy Prass took the stage first; the reflective shirt-tie-skirt combo shifted color with the stage lighting from a radiant gold to an effervescent pink, and Prass strutted and work fans with panache. “Hot For Mountain” dove into the more esoteric Middle Eastern jazz / lounge-pop end of the new record, while the 50s pop torch song “Your Fool” from her 2015 self-titled album mellowed the mood but kept the crowd locked in.

Referring to the current state of the world as a “shitstorm,” Prass launched into “Ship Go Down,” heralding a more introspective end of the set also highlighted by a solo piano rendition of “Far From You”; bandmates Slick, bassist Andy Black, guitarist Alan Parker, and Jacob Ungerleider on bass re-joined her for “Christy,” a suave Serge Gainsborough-esque song with a sick guitar solo from Parker that Prass said was her attempt to write her own version Dolly Parton’s “Jolene.”

“Violently” delved into the realms of unrequited desire, while “My Baby Don’t Understand Me” was another gut-wrencher, a song about being dismissed and misunderstood in love. Again, the hold on the audience remained strong, showing what a bond Prass has developed with her Philly brothers and sisters that her most introspective and confessional moments don’t leave a lull. “And now that we’ve got all that emotional shit out of the way,” laughed Prass, they launched into the uptempo bangers “Sisters,” “Why Don’t You Believe in Me,” and the jam of jams, “Short Court Style.” Check out photos from the show below. 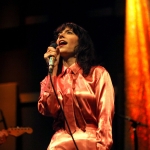 Encore:
It Is You