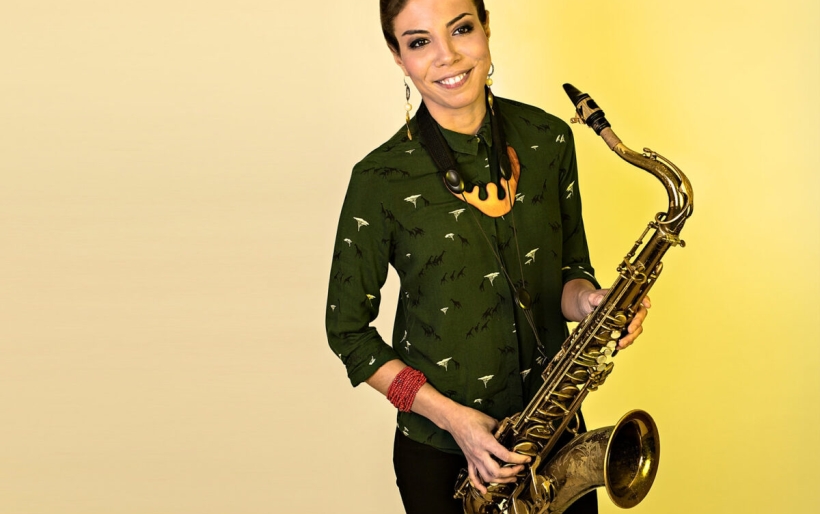 Melissa Aldana | photo by Harrison Weinstein | courtesy of the artist

Philly Jazz Guide: Top picks for live music around town in May

Coming down from an intensely busy April, culminating in a packed final weekend that included the eighth annual Center City Jazz Festival and the culmination of Jamaaladeen Tacuma’s Outsiders Improvised & Creative Music Festival, May cools things down a bit on the jazz front. The highlights are a bit more spread out this month promising to give almost everyone a bit of a breather – with a definite exception for the always-busy Mike Boone.

The Philly bass great and his 12-year old son, drum prodigy Mekhi Boone, played a raucous set at the Center City Fest to a packed house at Time. The multi-generational rhythm section will also be the band of choice for the long overdue Philly debut of saxophonist Eric Wyatt at Chris’ Jazz Café on May 17. Wyatt has been intimately connected with Brooklyn his entire life: his father, tenorman Charles Wyatt, was one of only a few saxophonists to join Sonny Rollins during the iconic saxophonist’s famed sabbatical shedding on the Williamsburg Bridge. Rollins became young Eric’s godfather, and Wyatt has worn that connection proudly, both in the fire of his playing and in his role as mentor to many younger jazz musicians, another aspect he shares with Boone. [TIX / INFO]

The night before, Boone will be backing another visitor to town, pianist John Colianni, at Matt Yaple’s space @exuberance. Colianni placed third in the first-ever Thelonious Monk Institute of Jazz piano competition back in 1987 – edging out Philly’s own future organ master Joey DeFrancesco while losing out to the great Marcus Roberts. Colianni went on to become an in-demand sideman for straightahead giants like Mel Tormé and Les Paul while leading his own big band and sextet. He’ll pare things down to the basic piano trio format for this intimate performance, where he’ll team with Boone and fellow local living legend Byron Landham on drums. [INFO]

It’s worth sticking close to Chris’ that weekend; the very next night, May 18, guitarist Dave Stryker will appear on the same stage with the great Baltimore vibraphonist Warren Wolf in tow. The show celebrates the release of the third volume in Stryker’s Eight Track series, which takes classic songs from the 70s – songs that one might still find in thrift store stacks in the defunct titular format – and gives them a soulful jazz spin. The latest repertoire includes songs by Sly and the Family Stone, Stevie Wonder, Burt Bacharach and Steely Dan, among others. [TIX / INFO]

The spirit of the late, great Nina Simone will loom large in Germantown on May 19, when the neighborhood will play host to Singing Nina, a cultural festival and conference presented by Germantown Arts. The day-long event will include a screening of the documentary What Happened, Miss Simone, followed by a panel discussion, at the People’s Sanctuary. The Germantown Historical Society will host a VIP event with singer M’Balia Singley performing Simone’s music, while DJ Rich Medina will perform music sampling her work at Wyck House before Drea D’Nur and the Rootstock Republic strings play new arrangements of Simone’s songs at Rittenhouse Filmworks. [TIX / INFO]

If you can steal away from the Simone festivities for a few hours, South Jazz Kitchen will have the Chilean saxophonist Melissa Aldana that night, performing with a quintet of students from Boston’s Berklee of College of Music, her alma mater and where she now teaches woodwinds. The band features Hatsune Hirakura on piano, Timothy Johnson on guitar, Charlie Lincoln on acoustic bass and drummer Christian Napolean. Aldana is about to release a stunning new album of music inspired by the life and art of Frida Kahlo. [INFO]

Longwood Gardens’ annual Wine & Jazz Festival doesn’t actually take place until June 1, but the festivities start early with a special Wine & Jazz All Stars performance on the eve of the event. In the spirit of a wine tasting dinner, with well chosen pairings meant to create a unique palette, this is a once-in-a-lifetime ensemble bringing together different headliners from the next day’s festival. The unique supergroup, which will play in the Gardens’ Open Air Theatre, will feature trombonist Delfeayo Marsalis, vibraphonist Stefon Harris, clarinetist Anat Cohen and trumpeter/vocalist Bria Skonberg. [INFO]