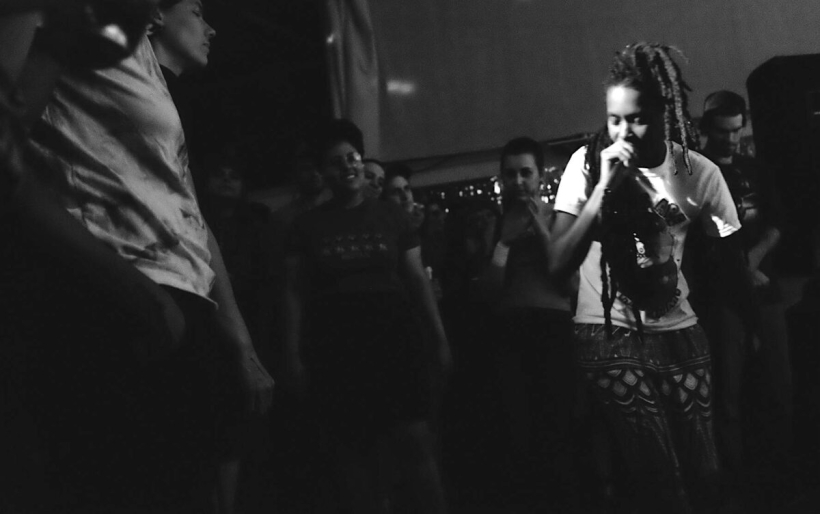 Philly experimental rapper and poet Camae Ayewa, aka Moor Mother, is the latest featured artist in the Adult Swim Singles Program, which releases a new song by a different independent artist each week. She teamed up with Zonal — the post-techno project of Kevin Martin and Justin Broadrick — for the new track, “On The Range.”

According to Moor Mother, the track is “about having no fear and empowering and arming oneself to create one’s own space time in the midst of the chaotic vortex of systemic oppression; about how one can not only survive, but thrive in the surveillance state.”

Listen below. Moor Mother’s next solo album is slated to be released later this year, and she has a lengthier collaboration with Zonal in the works. Ayewa plays Johnny Brenda’s on May 15 with her other project, Irreversible Entanglements. Find more information on the XPN Concert Calendar.