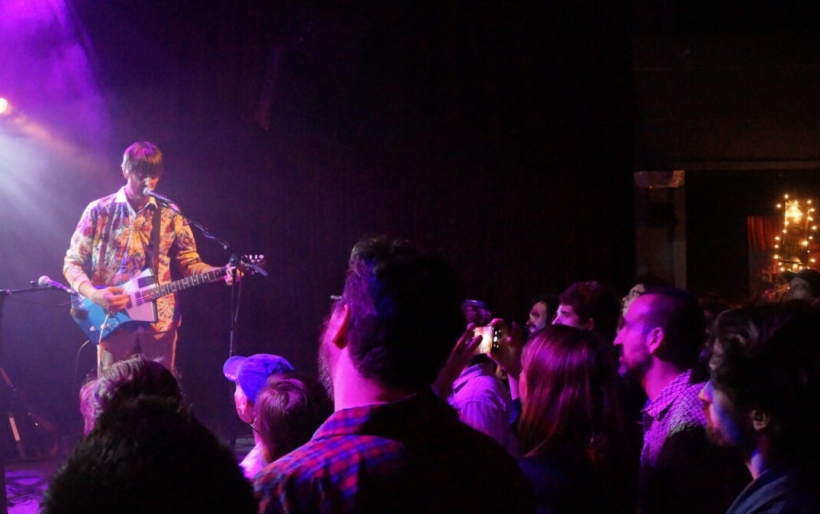 It wasn’t until this year when indie rock progenitor Stephen Malkmus decided to make his first true solo album sans The Jicks since 2001. And when I say “solo,” I really mean solo. On Groove Denied, Malkmus played all the instruments, and even did all the production and engineering himself. On the whole, the record likely won’t be near the top of many year end lists, but scattered throughout the 33-minute album are melodic hooks reminiscent of early 90s Pavement. So while it has its moments, the album’s a far cry from his spectacular 2018 album, Sparkle Hard, which he did make with the Jicks. But there were two main questions any fan probably had going into the show. Number one, with no band members other than Malkmus, how will the material be performed live? Also, will he find a way to work in Pavement covers?

At Saturday night’s performance at the Ardmore Music Hall, the answer to the second question was answered right off the bat. Malkmus opened the show with a rendition of “Spit on a Stranger” from the last Pavement studio album ever recorded, 1999’s Terror Twilight. He performed the song, as with all other songs, with nothing but an electric guitar, his voice and an Apple MacBook set up on a table onstage. Malkmus had two microphones set up onstage, one for standing and singing and another in front of a chair next to the laptop. He alternated between singing and standing throughout the show. At a few points during the night, Malkmus got the crowd rocking, predominantly during the set’s Pavement covers (Malkmus also performed solo versions of “Fight The Generation” and “Frontwards”), but also during some of the better songs off Groove Denied, including “Come Get Me” and “Rushing The Acid Flat.” At other points, however, the energy fell flat, leaving most in the audience emotionless and detached from the performance. The droning electronic noises on the new record didn’t exactly translate well into a live environment despite the occasional irresolute dancing on Malkmus’s part. But I guess that’s what you should expect if you’re going to put out a record called Groove Denied.

On the whole, the performance lacked energy due to the absence of an actual backing band. The MacBook’s synthetic sounding backing tracks did little to differentiate the experience of the live show from the experience of listening to the album on a pair of headphones, which, at least for me, is what I look for when attending a live music concert. That said, the needles in the haystack stood out, and seeing an influential progenitor of indie rock was worth the price of admission alone. Anything else was just a bonus. 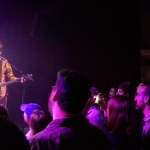