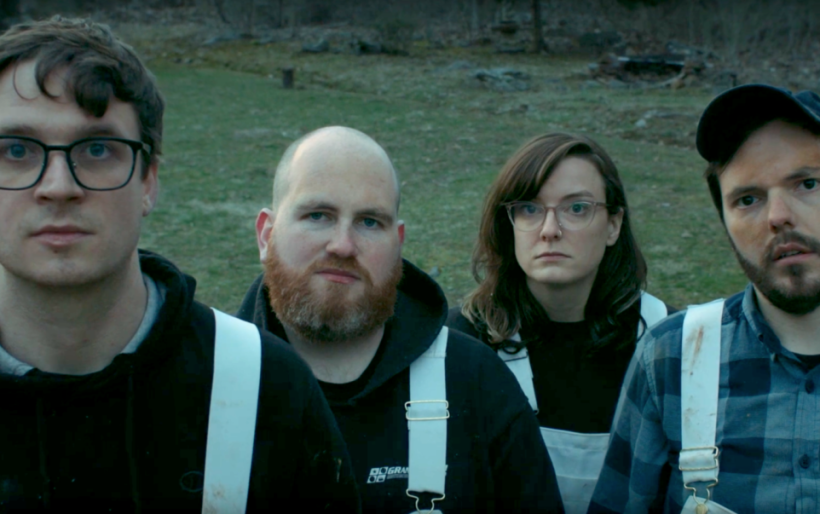 Big Nothing | still from video

Before the release of their debut album Chris on Friday, May 10th, Big Nothing have shared the video for “Waste My Time”. The goofy video shows the Philly indie-rockers digging a hole in the middle of woods and uncovering inspirational books and posters. Intermixed with shots of the band hard at work are shots of them playing the song, also in the middle of the woods. The video ends with the group admiring their unearthed treasure, a poster of a cat dangling from a tree branch with “hang in there” written across it. Being their first music video, “Waste My Time” introduces the group as a melodic power-pop quartet with a great sense of humor.

“Waste My Time” serves as Chris‘ opening track. The album also features previously released songs, “Honey” and “Real Name“. The band recently previewed four of the album’s tracks in a studio session with The Key. Make sure to check out the full record when it is released on Friday via Salinas Recordings.

Watch the “Waste My Time” video below. Big Nothing will be touring with Radiator Hospital this summer, and will hit Philly on Tuesday, May 21st at PhillyMOCA. Find tickets and more information on the XPN Concert Calendar.