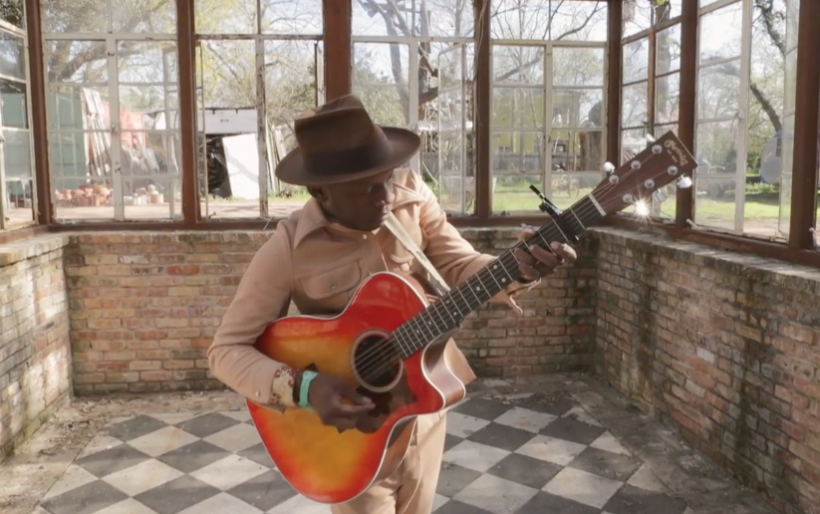 Folk newcomer J.S Ondara delivered a moving performance of his song “Saying Goodbye” for KXT this week. For fans of Bob Dylan and Neil Young, Ondara will certainly evoke a sense of nostalgia for their respective heydays.

The 26 year old hails from Minneapolis, but has his roots in Nairobi, Kenya, where his love of Dylan first flourished. After obtaining a Green Card visa, Ondara set out for Dylan’s home state, Minneapolis. As the years passed, Ondara solidified his sound, performing and working his way up to where he is now: a major label deal with Universal Music Group. Ondara released his debut album Tales of America back in February, and it has been met with widespread praise.

The performance takes place in an open greenhouse. Ondara’s voice echoes as he sings of parting ways with a loved one. His playing stance stands out as the camera pans back and forth. “There goes my innocence,” he softly whispers as his unique tone of voice trails past his guitar playing. His playing style coupled with his passionate lyrics fill the space with a strong energy comparable to that of Dylan.

Be sure to catch Ondara at XPoNential Music Festival this July, along with Hozier, Elvis Costello, Blondie, and more. Tickets and more information at XPNFest.org.