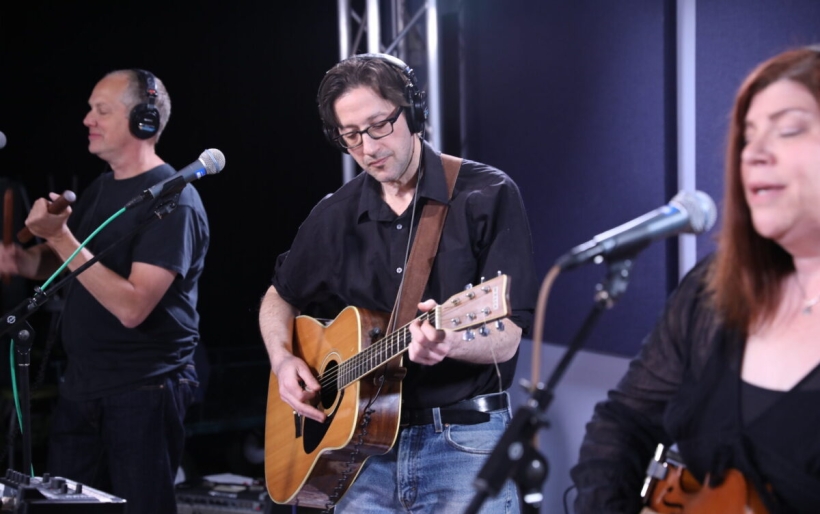 The Low Road | photo by John Vettese for WXPN

From 1991 to 1997, The Low Road warmed hearts and fed minds in the Philadelphia music scene and far beyond. Call them roots, call them Americana, call them indie-folk — they’ve heard all those descriptions, and they’re fitting. But with the band playing two reunion shows this spring, some re-evaluation of the music The Low Road was making in the time that they made it is in order, and with that, you can also see a stateside equivalent of a band to whom they’re not oft compared: Belle & Sebastian.

Sure, The Low Road predated Belle & Seb by about five years, and one is decidedly more Scottish than the other. But think about it: in times when the dominant rock sounds were aggressive, distortion pedal punk dirges or grandiose, aspirational arena-ready anthems, these artists went inward. They drew on the folk traditions of their respective home countries and a time-tested approach to pop songwriting, and used those things as a backdrop to observational, highly literary lyrical stories. Their songs captured the concerns and emotions of being an introverted twenty-to-thirtysomething out of sorts with their surroundings but nevertheless trying to find a way. In that sense, Mike “Slo-Mo” Brenner’s Philadelphia is not unlike Stuart Murdoch’s Glasgow, and in these songs, they take us right into that world.

Opening with “The Devil’s Pocket,” the band navigates the dark bars and littered sidewalks of the small neighborhood at the foot of the South Street Bridge. The buoyant “A View of Camden” heads to the other end of town, spending a night in the lofts and art spaces of pre-gentrification Old City and marveling at how our New Jersey neighbors are able to sleep well even with the bright lights of Society Hill Towers beaming across the Delaware River. “Just Another Dog In This Town” is a somber ballad from the point of view of a person who feels lost, kicked around, and not accepted by the place they call home. Closing the set out is the bright cha-cha rhythms of “I Think I’ll Have An Affair,” which finds McNamara-Jones daydreaming about the person who can provide a steamy way out of town, even if it ends in heartbreak.

Despite the years they’ve spent apart, when the stars align to put these five players in a room together, they still convey all those musical moments with tight playing and earnest delivery, and you can see that in this Key Studio Session. Watch videos and listen to an audio archive of their performance below, and see The Low Road at World Cafe Live on June 1st. Their evening show with Stargazer Lily is sold out, but tickets are still available for the afternoon matinee with Joey Sweeney opening. More information can be found at the XPN Concert Calendar.