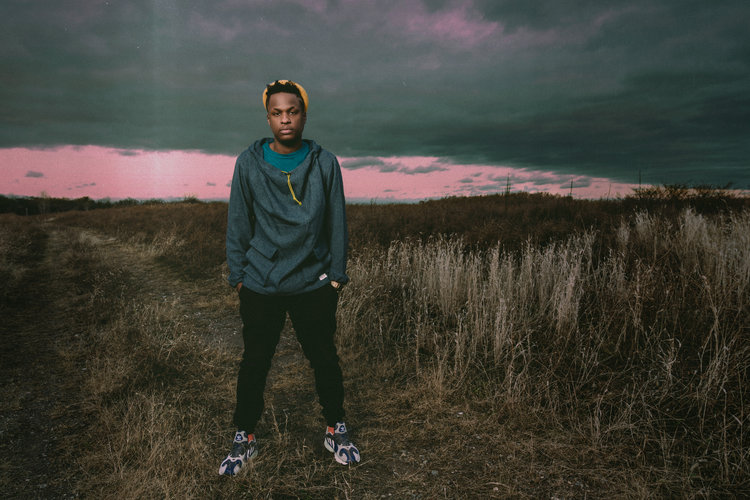 AIME | photo courtesy of the artist

“Some say I don’t speak much, I just like to listen,” raps AIME on his new EP. “I’m a Scorpoio, tend to dwell first, make the right decision.”

If there is a message to the Philly MC’s new project Flowers Started Dying Yesterday, it might be this lesson of calculation and determination. Realizing the best way to your goals, and taking it, without getting too hung up with side trips on the way.

In his earlier projects like The Book of David and its followup DAVID, the rapper sweated his pace, the externals of trying to break out of the underground by a certain age. On Flowers Started Dying Yesterday, he is more fixated on time than ever, but less the idea of achieving creative goals by a certain date, and more the idea of achieving them at all. We’re all on this floating rock for only a limited time, and the project Flowers Started Dying Yesterday — the EP and its new short film, by director Chris White — is acutely fixated mortality; that of the creator, and that of people in general.

As it opens, AIME is walking through West Philadelphia, listening to music on earbuds, when pistol-wielding masked persons in a Jeep sneak up on him and open fire. AIME flees and finds himself in a warehouse surrounded by an athletic dance team, and later by a group of friends in party mode. Music shifts from bounce to Afrobeat to classic boom-bap, and as the nervy trap of “Dying” kicks in, the footage viscerally conveys an intoxicated loss of control — strobe lights flicker, AIME is waterboarded with a bottle of liquor, everybody has a smart phone in total sensory overload.

When he opens his eyes, AIME is lying prone on the sidewalk as EMTs load him into an ambulance and the EKG flickers. We realize that everything that came before was the story of a person confronting their life in the rearview, and questioning whether that’s how they wanted to live. In these last moments, AIME strives for personal redemption and seeks a changing of the tide, as his life teeters on the edge.

In a press statement, AIME shared his takeaway from making the project with producer Eric Boss, and how all his projects past have led to this one:

In the beginning of The Book of David, I was convinced it would be over for me if I didn’t make it by the age of twenty-five. Eric and I recorded this project on the precipice of our thirtieth birthdays. Right now, age is the last thing for me to be worried about. What I need to be thinking about is the next move. That’s all that matters.

Watch Flowers Started Dying Yesterday below, and listen to the album via Spotify. AIME plays an EP release show on Friday, May 24th at Warehouse on Watts. More information on the show can be found here.