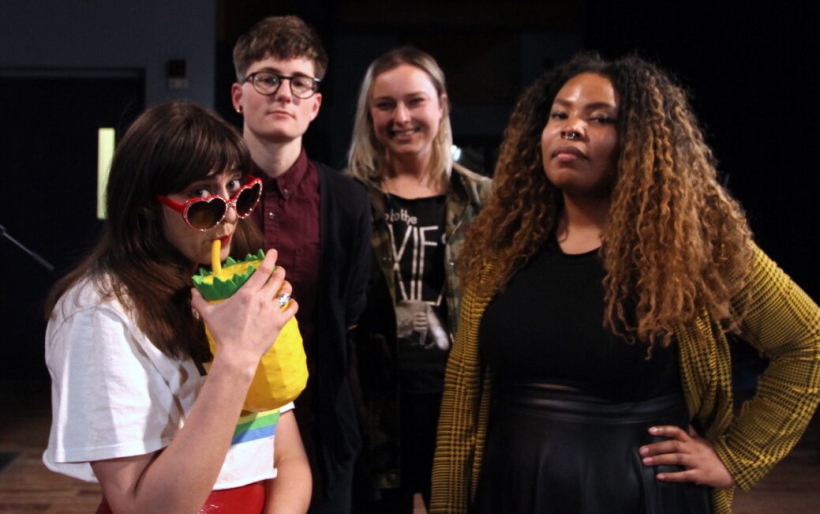 Rock and roll four piece Full Bush has become something of an unstoppable force around Philly since forming at the First Time’s The Charm festival in 2016, and this spring they’re taking their show out of town. At the end of this month, Full Bush launches the Hangover Helper tour, which brings them to the Carolinas, up through Virginia and D.C., and back home with regional gigs in Wilmington, Lancaster, and at South Philly’s Boot and Saddle.

The out-of-town dates can be found in the flyer below; tickets and information on their July 10th homecoming at Boot & Saddle can be found at the XPN Concert Calendar.

Along with the tour, the band is re-releasing its 2018 self-titled debut album on cassette with local label Brutal Panda Records. Their next album is also being released via Brutal Panda, and the band seems stoked about the partnership, but there’s no timeline on how soon we can expect that. Which is fine, since we’re not even close to tired of the self-titled record yet. Grab yourself a pre-order here, and watch the video for “Ray’s” below.