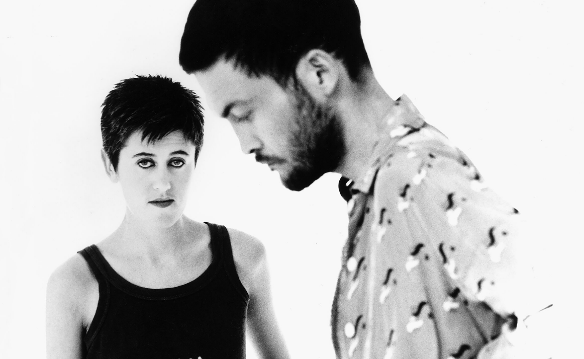 By Solomon Friedman
May 20, 2019
01:05 PM
Share
Everything But The Girl | photo by Richard Haughton | courtesy of the artist

In honor of its 25th anniversary, UK alt-pop duo Everything But The Girl have announce the first ever vinyl pressing of their cornerstone album Amplified Heart. Originally released in June 1994, the album has been mastered at half-speed at Abbey Road Studios. The vinyl pressing will feature the original track list, including the hit “Missing”. It is now available for pre-order and will ship around July 5th.

Amplified Heart, the group’s seventh album, is a cornerstone in their discography. Written in the aftermath of Ben Watt‘s near-death experience with an autoimmune disease, the record’s lyrics focus on love and loneliness. Tracey Thorn sees the album as one of rebirth, making its rerelease all the more appropriate. In creating it, Thorn and Watt recruited Danny Thompson, Dave Mattacks, Jerry Boys, John Coxon, Richard Thompson, and Harry Robinson to contribute. The result is a timeless piece of Everything But The Girl’s folk electronica sound. The already-daring album got amplified in an even bigger way when the song “Missing” was remixed by DJ Todd Terry in 1995, and became a massive hit.

Thorn and Watt released their final album as Everything But The Girl in 1999. Since then, Thorn has released four solo records, including last year’s Record. Watt meanwhile, has released two, the latest being 2016’s Fever Dream.

The 25th anniversary vinyl release of Amplified Heart will be released on July 5th Buzzin’ Fly under exclusive license to Chrysalis Records.