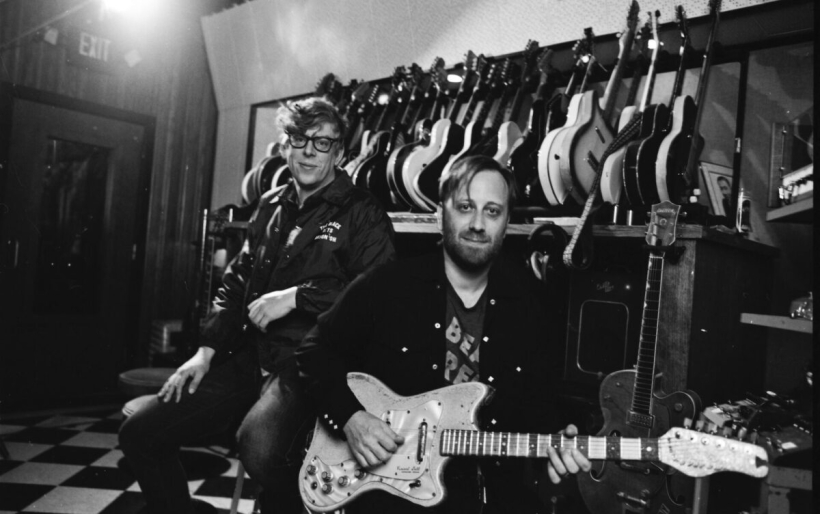 The Black Keys | photo by Alysse Gafkjen | courtesy of the artist

The Black Keys “Go” to therapy

If you know the The Black Keys, you probably know that they were on an indefinite hiatus for a long while. That lasted roughly five years, until they began releasing singles from Let’s Rock, their ninth album due on June 28 via Nonesuch Records.

The first song to be released from the upcoming LP was “Lo/Hi” in early March. Then came “Eagle Birds” in April. Just last week, The Black Keys released the track “Go”, along with a humorous music video. Since the duo of singer-guitarist Dan Auerbach and drummer Patrick Carney hasn’t created anything together since 2014’s Turn Blue, it was natural for people to speculate that the duo were involved in some sort of feud and, as we know, rumors spread easily. There were no real hard feelings between the artists. They took time apart to pursue solo endeavors and to catch a break from the toll that constant touring can take. But instead of countering the rumors that they supposedly hate each other, Auerbach and Carney leaned into the idea and used it for the storyline of their new music video.

In the video, the two haven’t spoken in five years and Warner Brothers Records, as per their contract, sends them to couples therapy. When they still refuse to talk, they’re sent to the “next level of mediation,” which is a hippie retreat that neither of them enjoy. The song contains all of the components that make The Black Keys great: a catchy chorus, a solid beat, and Auerbach’s unmistakeable vocals.

I think the video is genius, and all three songs from Let’s Rockthat have been released so far are a beautiful culmination of what the two learned while they were away from one another — whether it was with other artists or with themselves. Auerbach and Carney are a power duo and no matter how much time they take off, their fans are always ready for their return. The new album will be out on June 28 and the Black Keys will play the Wells Fargo Center on October 14.