Whitney extends their U.S. tour to include Philly, but where's LP2? - WXPN 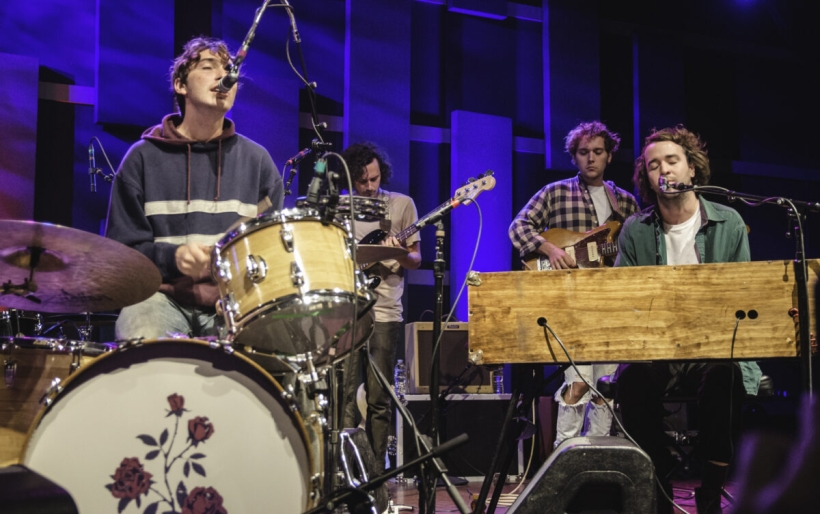 Whitney extends their U.S. tour to include Philly, but where’s LP2?

Whitney is comprised of songwriting duo Max Kakacek and Julien Ehrlich. In 2016, they released their debut album Light Upon the Lake, which was a critical and commercial hit. Now it’s three years later and we’re still without a sophomore effort from the band. Last week they announced an extension of their U.S. tour, including a Philly date in the fall, but LP number two is nowhere to be heard.

Even though I’m eagerly awaiting the new music, I can’t say that the group’s been completely hush hush. They’ve toured pretty consistently for the past few years, which the duo admitted was probably way too long. In a January Beats 1 interview, Whitney said that the new album, which will be released on Secretly Canadian, was in the works and they had four songs finished. “We’re just making sure that it’s every bit as powerful as the last one,” Ehrlich said.

I don’t blame them — you can’t rush perfection. In February, Whitney stated on Twitter that the new album was “100% recorded.” Since then, Kakacek and Ehrlich have dropped small bits of info about their new stuff to various sources.

They told DIY Magazine that the word “skepticism” appropriately describes the mood of the songs. They’re still upbeat and in major key, but they involve a consistent questioning of the world and of the artists themselves. From this I presume that the new album will complexly combine heavy lyrics with light tunes, much like their previous LP. The bar is way up there.

The latest Whitney news came when they announced the extension of their tour this past week. They’ll be playing Union Transfer on September 27th with opener Hand Habits and you can find tickets here. Hopefully their new LP will be out long before then, but I’ll continue to listen to Light Upon the Lake on repeat while I wait.