Cool Moon gets to the bottom of fearmongering "Fabricated Fears" - WXPN 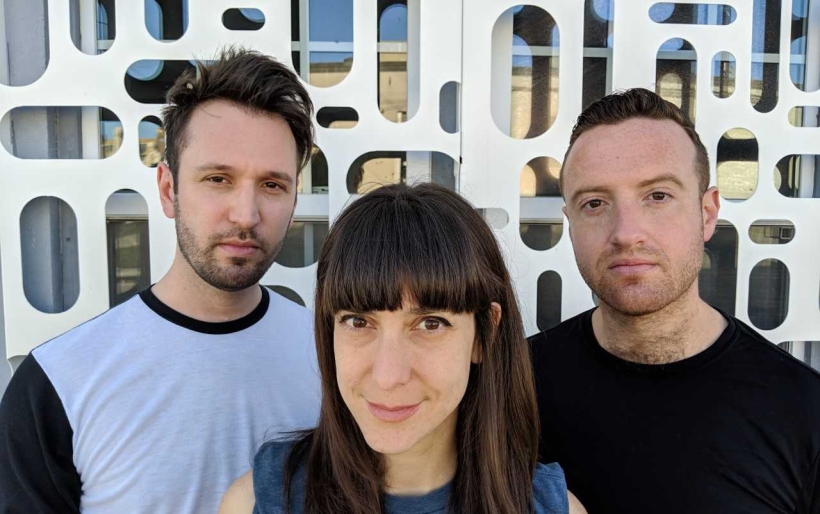 Cool Moon | photo by Jay Littleton | courtesy of the artist

Cool Moon gets to the bottom of fearmongering “Fabricated Fears”

Philly-based label Exotic Fever Records curates its roster with “sounds that inspire, incite, and offer hope” — and with their thoughtful and upbeat indie rock tunes, Houston, Texas trio Cool Moon fits right in. The band is getting ready to release their new album The Devil Doesn’t Always Need an Advocate on June 1, and today we’re sharing its second single, “Fabricated Fears.”

The sweeping song takes channels Cool Moon’s ’90s influences, but with emotion and urgency that feels fresh and ready for the times. Amid the song’s crashing highs and lows, vocalist Andrea Lisi gets to the bottom of fearmongering, rejecting the idea that we should be told to think and feel a certain way as she sings, “When the curtain falls, will the building of our walls have mattered at all?”

Lisi shared in an email: “‘Fabricated Fears’ was written to call out the fearmongering tactics used by the current administration to push forward their anti-immigrant agenda. For me, it acts as a form of therapy. When voting, protesting, and calling legislators feels futile, its nice to at least be able to belt it out in a song.”

Listen to “Fabricated Fears” below and pre-order the new album via Bandcamp. Cool Moon will tour the West Coast this June.