Eclectic, eccentric songwriter Leon Redbone has passed away; listen to five favorites from his songbook - WXPN 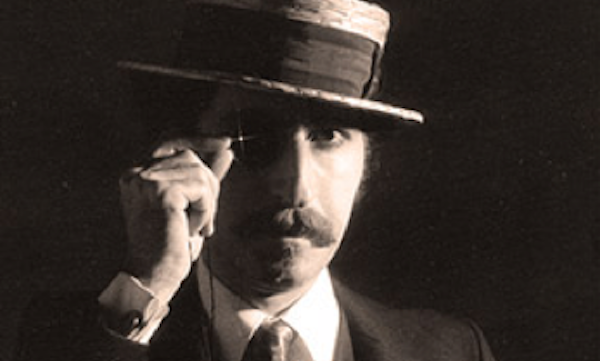 Leon Redbone | courtesy of the artist

Eclectic, eccentric songwriter Leon Redbone has passed away; listen to five favorites from his songbook

On May 30th, Leon Redbone passed away at the ripe age of 127…at least that is the age humorously featured on the singer’s website. That is to say the 69-year-old was witty to the end, and lived well beyond his years. It is a very fitting eulogy for a man that once told Rolling Stone magazin “To take myself too seriously is the gentle kiss of death.”

Known for his eclectic talents and eccentric persona, Redbone brought back old-school jazz, ragtime and Tin Pan Alley into the rock and roll era. Notorious for evading interviewer’s questions and deflecting attention from himself, Redbone — a longtime resident of New Hope, Pennsylvnia —  made sure to be remembered for his music. In honor of his legacy, the following is a compilation of some of Redbone’s most notable songs.

Redbone was a man known for being seemingly transported from another era. One of his most popular songs is undoubtedly his rendition of “Shine on, Harvest Moon,” which was originally written in 1908 by Vaudeville musicians Nora Bayes and Jack Norworth. This live performance of the tune truly captures the essence of Redbone’s love for music written well before his time.

“Some Of These Days” Live on the Johnny Carson Show

Revered for his charismatic performances on Saturday Night Live and The Tonight Show with Johnny Carson, it is only fitting to include a TV performance. In this clip, Redbone performs Shelton Brooks’ “Some of These Days.”

For those who may be of a younger generation, or did not grow up listening to Redbone, it’s likely you have at least heard his rendition of “Baby It’s Cold Outside” featured in the movie Elf. In fact, Leon’s role in the movie Elf is not limited to the song (which rolls at the finishing credits). Redbone provides the voice for Leon the Snowman, an unexpected role for an even more unpredictable man. Nevertheless, the song is a beautiful take on a Christmas classic and deserves a spot on any holiday playlist.

Featured on his album On The Track, Redbone covered this popular jazz standard, often performed by legends such as Louis Armstrong and Billie Holiday. In Redbone’s rendition, he takes liberty in switching the piece up a bit. He slows the pace of the song and adds his familiar muffled tone to the beloved tune.

“What Do They Do When They Go Wherever They Go?”

An example of Redbone’s lighthearted side, this clip of “What Do They Do When They Go Wherever They Go?’ was taken from an episode of Sesame Street. In the clip, Redbone sings about where parents go and what they do when they go to work. His presence on the children’s show further demonstrates just how much of a cultural icon Redbone was.

Highlighting all of Redbone’s fantastic music and performances would be a nearly impossible feat. He has made music that stands the test of time. His oddball tendencies and lively voice will be sorely missed.