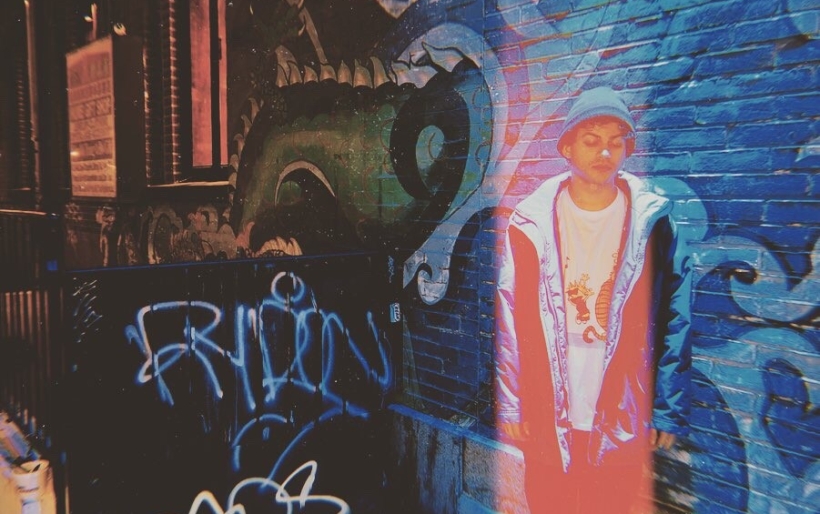 Sami Rahman branches out on the new Birdboy EP

Sami Rahman, lead singer of Lancaster rock band Mattress Food, has just come out with a solo EP, titled Birdboy. Fans of their usual noisy punk aesthetic might need to reorient themselves, as this project veers in a new direction for Rahman. The EP is centered around the contemporary sounds of hip-hop and electronic, fusing both creatively with other Philly collaborators.

Birdboy kicks off with “Haunt,”where sorrowful acoustic guitar chords are accompanied by a booming 808 bass line, borrowing heavily from the emo-trap sounds of the late Lil Peep. The guests begin to enter on “All Gone,” another somber cut with contemporary trap instrumentation featuring singer and rapper Regothereshego and rap duo 4vr, both fellow Philadelphians.

“Closer / Grey” is an eight-minute, two-part epic which features heavy distorted, auto-tuned vocals and drums, then transitions into a lo-fi piano ballad. In contrast, “Guess,” picks up the pace with its whirling synth lines and heavily-reverbed vocal harmonies. “Euphoria” features a hefty verse from Internal Rhyme, a Philly wordsmith, whose powerful lyrics are driven by ideas of cultural inclusivity, and social justice. The album rounds out with “Sparks,” featuring Dev John, and “Stripes,” both trap-influenced tracks that showcase more of Rahman’s auto-tuned vocals and trap percussion.

Overall, Birdboy is interesting, especially coming from the leader of a punk band. While the sounds presented can be heard in many hip-hop releases coming out today, Rahman uses his voice to put a unique spin on them and make them his own. Check out Birdboy below.