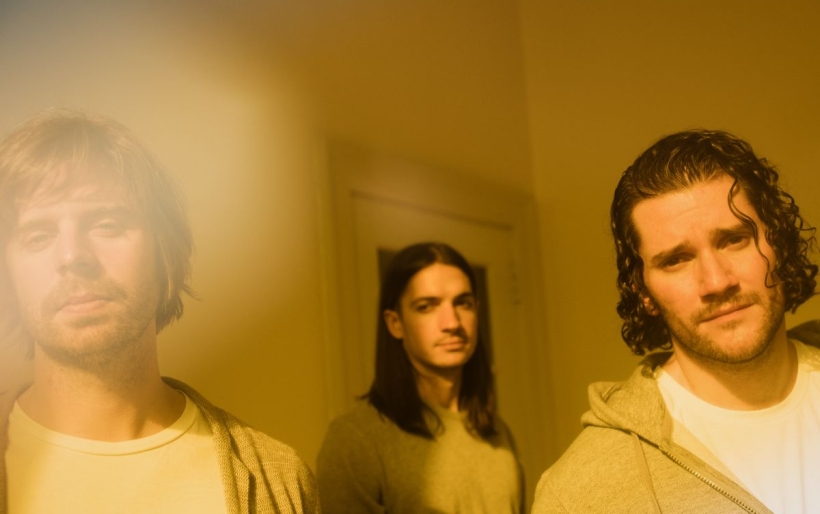 Cheerleader | photo courtesy of the artist

Philadelphia dream pop band Cheerleader released a new single Thursday morning, entitled “Bang Bang”, along with an animated music video. The new track is soaked in reverb, delay lines, phasers and fuzz, and builds to a bittersweet chorus that sounds like a summer night winding down.

Cheerleader have a new album due out later this year, and have been working with producer and engineer Chris Coady, who is known for his work with Beach House, Future Islands, Slowdive, Amen Dunes, and others. Coady’s love for bright colors and thick, glimmering mixes shines through on “Bang Bang” right from the beginning. The track’s accompanying video adds to the psychedelia with scenes of stargazing and highway driving that tear apart and reconstruct themselves over and over again.

“Bang Bang” is the first new music we have heard from Cheerleader since the two-sided “Feel Like That / Waiting Waiting” in 2017; their debut LP The Sunshine of Your Youth came out in 2015 on Bright Antenna Records. The band will play a series of shows next month at Ortlieb’s with assorted guests, the first show of which will be on Thursday, June 6th.