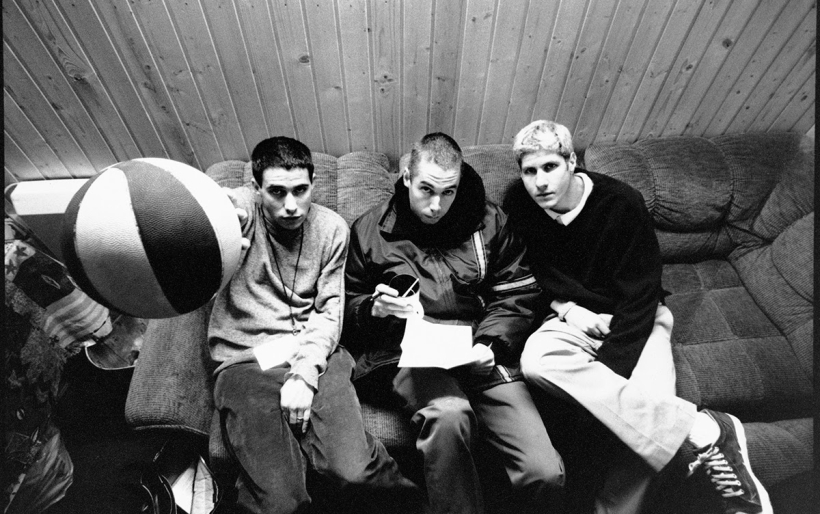 Beastie Boys | photo by Ari Marcopoulos | courtesy of the artist

Legendary rap trio Beastie Boys conquered world-wide stages and the air waves all throughout the 80’s and 90’s. Key members Michael “Mike D” Diamond, Adam “Ad-Rock” Horovitz, and the late Adam “MCA” Yauch had an irresistible sound that captivated millions of listeners, particularly on their fourth LP, Ill Communication, released 25 years ago today. The album features some of the group’s biggest hits — “Sure Shot,” “Sabotage,” and “Get It Together” to name a few — and to mark the occasion, Amazon has collaborated with the group to bring fans a mini-documentary titled Still Ill.

The docuseries chronicles the production, release, and critical reception of the record, as well as a flashback into the earlier Paul’s Boutique and Check Your Head days. The documentary also explains how Beastie Boys went from a traditional recording studio setup to their own unique recording space that flourished with creativity and the space where they conceptualized Ill Communication. Surviving members Horovitz and Diamond sat down this past SXSW for interviews. Additionally, producer Mario Caldato Jr. and keyboardist “Money Mark” Nishita were interviewed. The doc even features footage from the group’s biggest concert appearances, including the Tibetan Freedom Concert and the 1994 Lollapalooza tour.

Check out the documentary below.