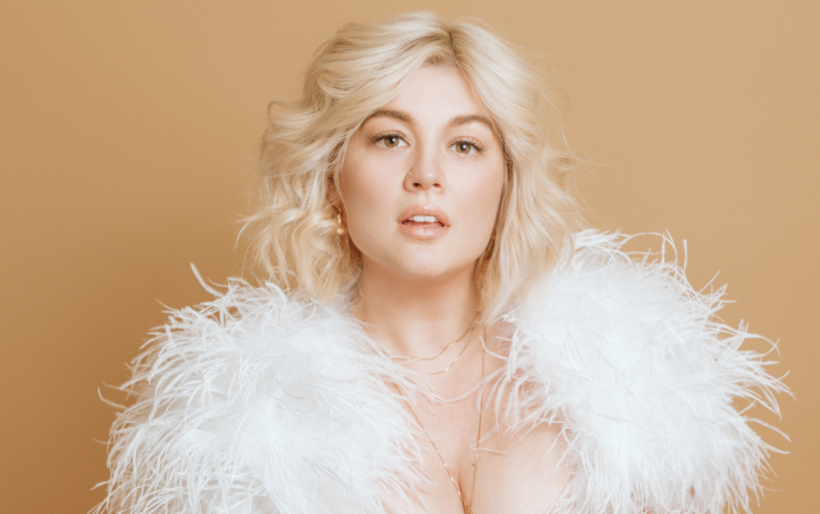 Martha Stuckey of Philadelphia is a classically trained singer and performer who is tired of the misogynistic music industry. After singing with funk group Red 40 and the Last Groovement for several years, she’s broken out on her own to use her talent to support and celebrate womxn — a term encompassing the spectrum of womanhood, cisgender women as well as trans women. Within the past two weeks, she’s released her first solo single “Caught” and she’s performed her first concert in a series created for womxn, by womxn.

The May 18th show was the first in a planned series of concerts at The Crane Arts Building in Fishtown. It was themed “The Thank You Next Show” — a tribute to Ariana Grande and the symbolic beginning of a new chapter for Stuckey — and was produced entirely by womxn, both onstage and behind the scenes. Stuckyy performed alongside singer-songwriter Sophie Coran and drummer/producer MG Vasio. The show consisted of reimagined Grande songs, Stuckey’s new single, and collabs with her fellow musically talented womxn.

A portion of the proceeds from “The Thank You Next Show” went to Girls Rock Philly, a non-profit dedicated to empowering and uniting girls, women, transgender, and gender non-conforming people through music and performance.

“Caught” is the first song from Stuckey’s latest project, out now via Blacbird. Hints of her theatrical background are revealed in the pop single, as well as a subtle jazzy feel. Stuckey really belts it out on the track, displaying her strong pipes and her fiery passion for the justice of womxn. Her newly established femme-centered music project pairs beautifully with her new song. Check it out below and keep an eye out for the next concert in Martha Stuckey’s series.