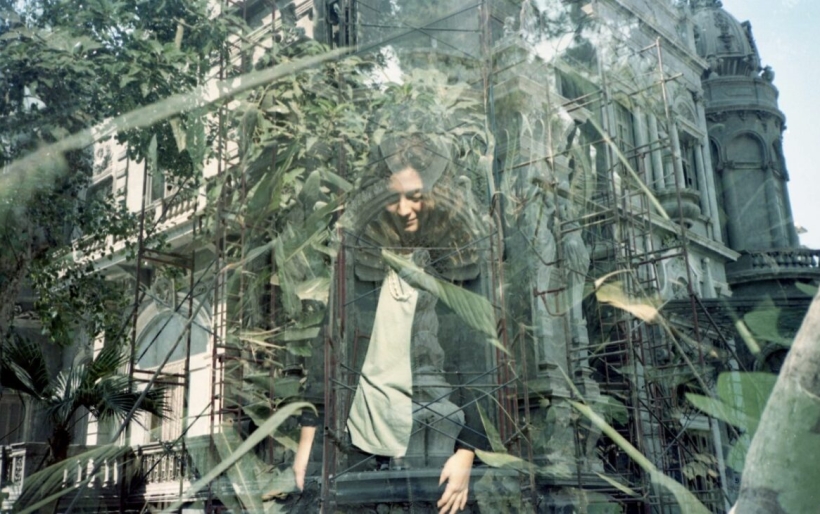 The bio for Egyptian musician Nadah El Shazly, playing tonight at Vox Populi, references American horror punk progenitors The Misfits, the traditional Arab melody sytem the maqam, African jazz, and Alan Bishop of the pioneering experimental rock band Sun City Girls. On paper that seems like an intriguing but possibly overwhelming mouthful, but when you listen to Ahwar, El Shazly’s debut album, it all very much falls into place.

One thing Ahwar, a word that translates to marshlands, is very much not is static. The music is active, shifting and moving in both expected and unexpected ways, the culmination of a two year recording period that saw El Shazly from Cairo to Canada and taking what was a bunch of solo arrangements and turning them into songs with close to two dozen other musicians. Two of those, Maurice Louca and Sam Shalabi, are members of The Dwarfs of East Agouza with the aforementioned Bishop.

What is fantastic about Ahwar and indeed all of El Shazly’s output is how she manages to take all these various types of music — the jazz and punk of her youth, the more traditional structures and instrumentation of the Middle East and North Africa, experimental rock music, layered electronic beats, and even elements of trip-hop — and bring them together Voltron-style into something that sounds like both the sum of its parts and also like an altogether brand new creature.

Opening for El Shazly at the Fire Museum Presents-curated show this evening is Rana Fayez, who performs as Tagine Dream. According to her, “Tagine Dream is a project where I purge violent music that never quite fit into any other projects I’ve had in the past. I imagine myself scoring a horror film when performing.”

Fayez is also one of the main organizers for YallaPunk, the annual Middle East and North Africa music and culture festival. While this show is not under that umbrella, she does see similarities as far as how the music and the musicians are presented both culturally and politically. She told The Key that, “Sometimes visibility is a trap, there’s definitely still a recurring fear of being tokenized. But at least now I feel safer performing knowing that there are more of us creatives who share similar experiences. We have the YallaPunk community now [and] communities make you feel safer.”

On Thursday YallaPunk will be presenting a poetry and music popup performance at the Penn Museum. The event, part of the “Crawl Out Thursday” series in the museum courtyard, features poets Andrea Abi-Karam, Maryan Nagy Captan, Becca Khalil, and musicians Roger Mgrdichian and Julius Masri. Fayez will also be DJing. More details can be found on Facebook. The three day YallaPunk festival is happening in August.