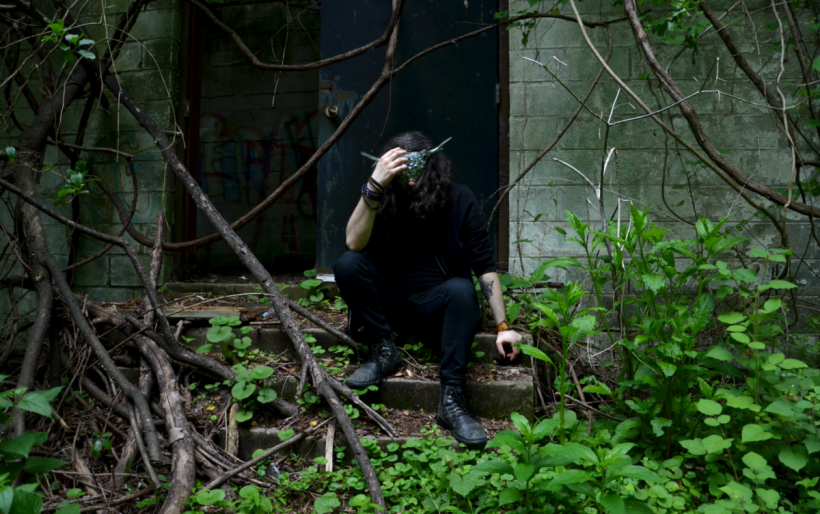 Wormtooth | photo courtesy of the artist

Mysterious Philly artist Wormtooth just released his debut album Breach last month, a grimy and distorted set of hip-hop tracks tracks introducing listeners to the artist’s uncanny aesthetic. The video is his second from the project, following “These are Our Demons and Our Demons are Loud.” The pensive “Riding in Circles, Thinking in Circles” sees Wormtooth rapping hard over a steady, industrial rap groove.

Along with the single comes an unsettling “Riding in Circles, Thinking in Circles” video, produced by like-minded Philly artist Harrowgrove, where a camera pans through a window of a seemingly-empty home until it finds Wormtooth, who appears to be trapped inside. Cutting back and forth between intense, darkly lit and closely cropped shots, Wormtooth spits his verses.

The track is described by the rapper as “a representation of the inner battle that seems to be going on in Wormtooth,” which very fitting as the mask remains the centerpiece of the video throughout, dark and ominous as the camera pans in slow motion all around it. “If you need a let down, count on me,” he raps during the chorus. His voice doubled with a filthy distorted vocal layer underneath, something the rapper calls a representation of the “contradiction of trusting someone to be untrustworthy.”

The video stays sinister throughout, perfectly matching the industrial darkness of track. For fans of Death Grips, and clipping., Wormtooth will certainly not disappoint. Check out the video and Breach below.