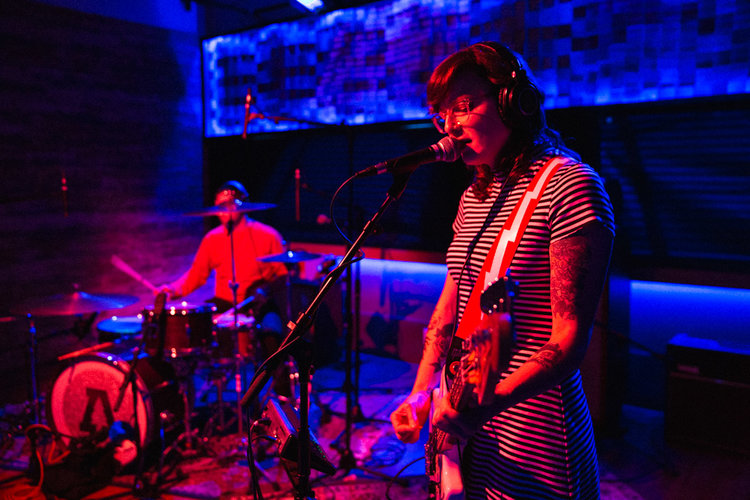 Big Nothing | still from video

It makes sense that Big Nothing would open their Audiotree Live session with the same song that opens their album. “Waste My Time” is an energetic indie-rock jam that displays the Philly quartet’s uniquely melodic approach to the genre. The punchy song serves as the perfect intro to the band’s sound, both on the record and in a live setting. Over eight tracks, all taken from last month’s Chris, the band treat Audiotree Live listeners and viewers to a rousing demonstration of their talent and vision.

Clocking in at just over 30 minutes, the session is jam-packed with music. Singer-guitarists Pat Graham and Matt Quinn, and singer-bassist Liz Parsons all act as the lead vocalist at different points. During the session Parsons explains that the person who wrote the song is the one who takes center stage when performing it. Despite the constant jumping around on the mic, the whole set feels cohesive and tight. Big Nothing’s powerful, Replacements-like pop shines through on the raging “Honey” and “Can’t Stop.” “Quiet One” is nowhere near quiet, and it’s all the better for it. Big Nothing sound best when they are at their loudest and most playful.

Between tracks the band fields questions about their writing process, the wacky video for “Waste My Time”, and doughnuts. Through their answers the band gives us an opportunity to step behind the curtain of one of Philly’s most exciting bands. Watch or listen to Big Nothing’s Audiotree Live session below. Chris is out now via Salinas Records.