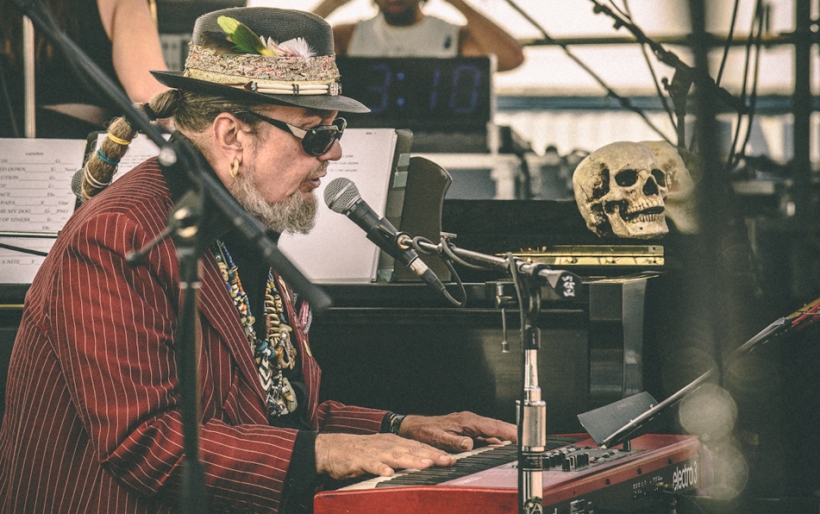 Legendary New Orleans musician Dr. John has passed away today at the age of 77 from a heart attack. Born Malcolm John Rebennack Jr., and raised in the Crescent City, the singer and pianist – who got his start as a guitarist – grew up influenced by jazz and R&B and his incredible body of work was infused with New Orleans second line music rhythms, rock and roll and funk. Dr. John’s influence on New Orleans music was singular, and he was a revered advocate for the sound and culture of that city.

His family posted this message on his Facebook page:

Towards the break of day on June 6, 2019, iconic music legend Malcolm John Rebennack, Jr., professionally known as Dr. John, passed away of a heart attack. As a Rock N Roll Hall of Fame inductee, six time Grammy winner, songwriter, composer, producer, and performer, he created a unique blend of music which carried his home town, New Orleans, at its’ heart, as it was always in his heart. The family thanks all whom have shared his unique musical journey, and requests privacy at this time. Memorial arrangements will be announced in due course.

Dr. John leaves behind an incredible body of work. The funky “Right Place, Wrong Time” from his 1972 album In The Right Place was Dr. John’s biggest hit song. The album also included the song “Such A Night” which he performed with The Band in the Martin Scorsese documentary. After working as a session musician, Dr. John debuted in 1968 with Gris-Gris. The album was a heady mix of New Orleans R&B and psychedelic rock featuring the stand out track “I Walk On Gilded Splinters.” His 1974 album, Desitively Bonnaroo, gave way to the name of popular Tennessee festival. On both albums, Dr. John collaborated with two other New Orleans legends: singer, songwriter pianist and producer Allen Toussaint and The Meters and Since his debut, he’s released over thirty albums, highlights of which included 1972’s Gumbo, 1989’s In A Sentimental Mood, 1992’s Goin’ Back To New Orleans, and the Dan Auerbach produced Locked Down.

“To me it was his 1972 Gumbo album that went the furthest to spread the New Orleans R&B classics to the world. Songs that are standards in the Crescent City like “Iko Iko” and “Big Chief” are known world-wide thanks to Mac, That album and it’s funk follow-up In The Right Place are essentials.”

In 2012, World Cafe traveled to New Orleans to discover the city’s rich musical and cultural heritage. Then World Cafe host Dye was greeted by a friendly and jovial Dr. John, and together they explored some of the sights in the city Dr. John was born in including a cemetery and a voodoo temple.

“My 2012 video walk around New Orleans with Mac was one of the high points of my time with the World Cafe,” says Dye. “We went looking for Buddy Bolden’s grave, picked up spiritual supplies – to him that was like a trip to CVS – ending at a voodoo Temple where he put his feelings about death all in a particular Dr. John perspective: “If someone is real and they do things real, that’s what you leave from the spirit kingdom. The meat world is going to be doing whatever it does and it has it’s weaknesses. But the spirit kingdom is all powerful.”

Below, listen to Dye’s interview with Dr. John and watch the video of their walk around.

Below, listen to a Spotify playlist of some of Mac’s most enduring song. Rest In Peace, Dr. John.