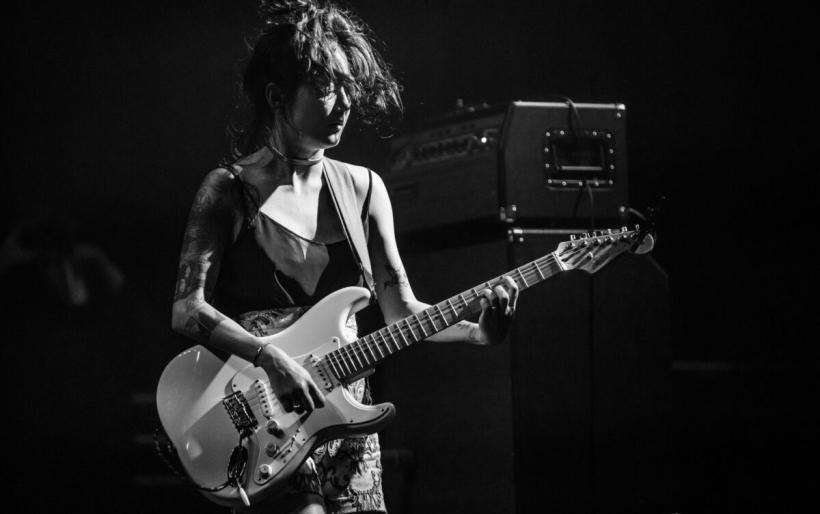 Listen to Japanese Breakfast haunting rendition of “Head Over Heels”

“Head Over Heels” is known for being an upbeat 80s single by Tears for Fears, as much as it’s known for its use in the cult classic horror film, Donnie Darko. The track’s instrumental intro is unforgettable and unsettling, and Japanese Breakfast seems to take inspiration from the song’s more sinister connotations on their newly released cover of the track.

Japanese Breakfast strays from fast tempo of the original for a more melancholic downbeat sound, ditching the drums found in the Tears for Fears version for an arrangement exclusively comprised of synth chords and chimes. Frontwoman Michelle Zauner’s voice is echoey and breathy, making for a simple, eerie but ethereal track.

“Head Over Heels” was the latter of two singles the band released in conjunction with W Records. The more stereotypically, poppy “Essentially” was released last month. Part of the profit from streaming these latest singles will benefit the ACLU. Japanese Breakfast will be back in the Philadelphia area for WXPN’s XPoNoential Music Festival on July 26th. Set times have not yet been posted, but more information will be available on the festival’s website as the event approaches. Listen to the cover below, and revisit a live version (truer to the Tear For Fears original) that the band performed at Johnny Brenda’s on New Year’s Eve.