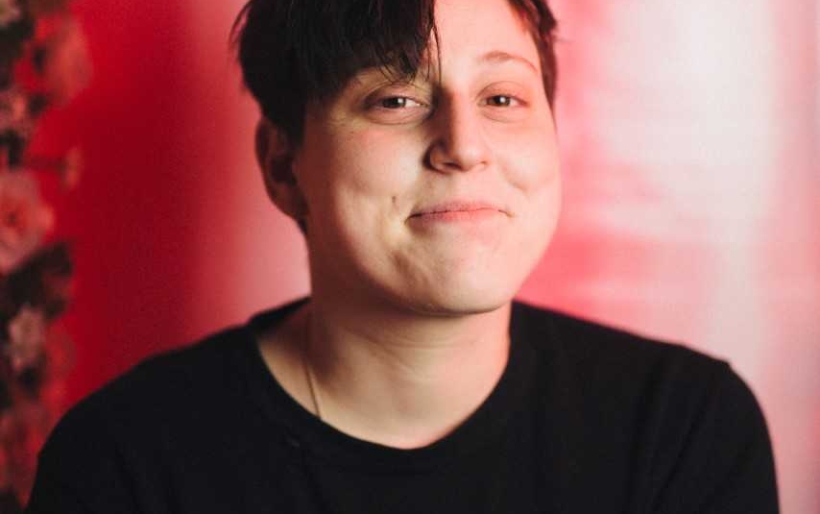 Singing and songwriting New Yorker Mal Blum is set to release their new album Pity Boy on July 12th. The latest single from it, “Salt Flats,” came out this week, along with a creative music video involving a motorcycle ride through the desert that takes an unexpected, hysterical turn.

Musically, “Salt Flats” encapsulates Mal Blum’s straddling of indie, punk, and rock styles with a slow tempo and a gradual build. Blum’s voice feels tender and nonchalant leading up to the loudest point of the song, with electric guitar, bass, and drums growing in tandem. The video, starring Blum and bandmates Audrey Zee Whitesides and Barrett Lindgren, visually nails this build up. Directed by Frances Beaver, a Philadelphia artist who also made the intricate DIY props for the production, the video tells the story of Blum’s bandmates fixing a motorcycle that Blum then rides across the desert. The bandmates drive after them in a purple minivan, and song reaches its peak as Blum flies off the bike and into the sky.

Pity Boy is set to be an introspective journey for the listener, just as it was for its creator. It’s about “doing the grueling work of becoming,” as a statement on Blum’s website proclaims. Some of the songs touch upon their coming out as transgender, and they described the making of the album as being like therapy. “Salt Flats” goes along nicely with this theme, as it’s an audible display of changing perspectives and relationships with others and with oneself.  It is the third song that’s been revealed from the new album thus far, the first two being “Things Still Left to Say” and “I Don’t Want To”. The new LP is Blum’s first release since 2015’s You Look a Lot Like Me.

Mal Blum will be in Philadelphia on Sunday, July 21st at PhilaMOCA with Curtis Cooper and Lucky Cat. Find more information here, and check out “Salt Flats” below. Pity Boy will be available on July 12 via Don Giovanni Records.