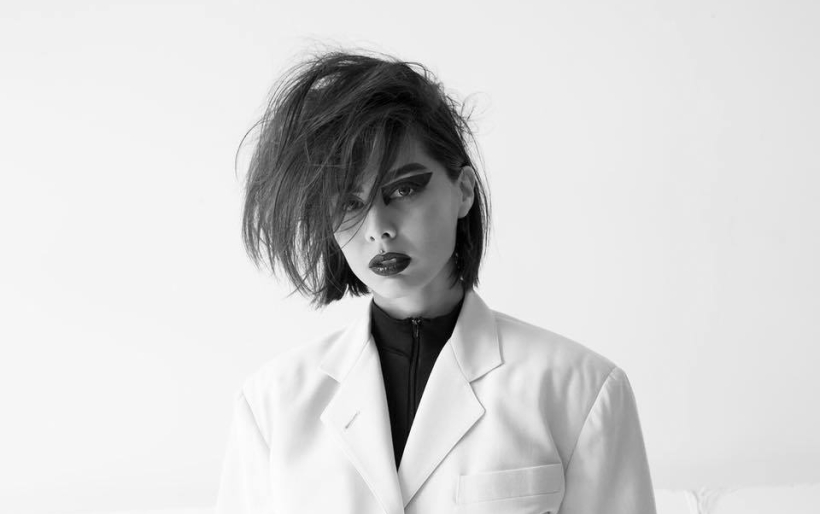 There was a tour to Texas and back in March for South by Southwest. A new album came out in May on Sister Polygon, their first recordings in five years. The record release show, a truly memorable night at PhilaMOCA with The Ire and Radiator Greys, was a couple weeks before they set off on their current tour with Memphis no-wavers NOTS that’s taking them from Cincinnati to Durham with a stop in Philadelphia tonight. There’s a West Coast jaunt starting later this month that includes a show in Tijuana and a bunch of dates with DC post-punk darlings Priests. Oh, and in September they’re opening up for a little band called Stereolab in Brooklyn, no big deal.

All that adds up to a lot of time spent in the van. For Anna Nasty, that means a lot of time digging deep into all manner of music. We asked for a recent playlist and the self-described “aggressive bedroom pop” performer, whose own songs occupy a space of sparse-but-purposeful electronic minimalism of keyboard, bass, and vocals, happily and excitedly obliged.

I like this song because when you hear it, everything else melts away.

I love the guitar on Animals from Outer Space. Been toying with the idea of playing guitar in O N-J…this song is a big inspiration for that.

Holger Czukay – “Cool in the Pool”

“Cool together!” A great summer song.

“Why has the pleasure of slowness disappeared?”~~~ is the best ambient album I’ve heard in a while.

Can’t believe I get to play with Stereolab this September at Brooklyn Steel!

The best music for getting through traffic.