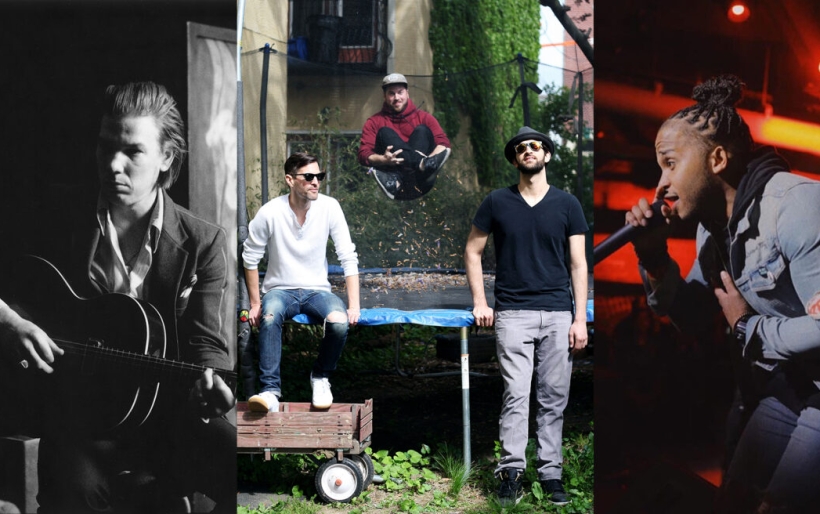 On a Thursday night in the summer, there’s no better place to be than Spruce Street Harbor Park. The park’s annual Waterfront Sessions encourage you to “tap your toes and groove to jams by some of Philly’s finest artists,” with a free concert each week throughout the season. The sessions kicked off last week, and the July lineup has just been announced, bringing us four more weeks of music to look forward to.

The Fourth of July holiday starts a day early this year, with a performance by the one and only Octave Cat. The collaborative band started as an experiment a few years back, but their funky, jazzy, synthy sound took off. They’ve found their place in the Philly scene, and are currently teasing a new album. Before the band plays at 8:30, there will be a two-hour DJ set from Grimace Federation.

The following week brings local R&B singer Beano French to the waterfront. The West Philly native got his start performing at open mics around town, and has since made a name for himself with his soulful sound that mixes vintage R&B influences with modern hip-hop and trap. DJ Ricochet will have the floor before Beano’s set.

Founded by veterans of the local reggae, ska and soul scenes, The West Kensingtons came together to do what they love most — playing music. Their “Reggae Club” of guest collaborators is ever-growing, and they frequently join forces with other musicians for releases and performances. DJ Sir Phillpotts, of House of Roots Soundsystem, will get the evening started.

Singer-songwriter A.M. Mills will bring his moody rock and roll to the waterfront to close out the month. His thoughtful songs weave stories with a retro-inspired sound, making Mills stand out as one of the few artists of his kind. DJs Zita Carroll and Tracy Stanton will be spinning tunes ahead of his set.

Find more information on the Watefront Sessions on the XPN Concert Calendar, and don’t forget about the rest of the June lineup, which continues this week with Armani White.