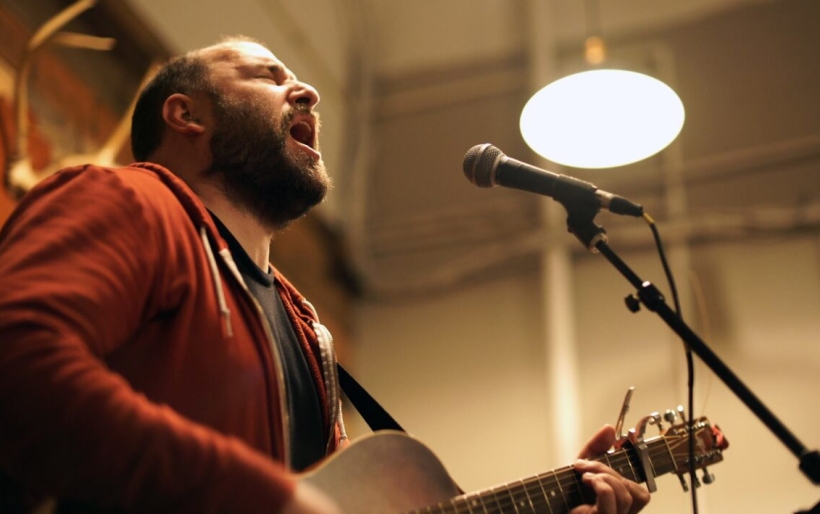 Strange Negotiations, a new documentary about the life of Pedro the Lion’s David Bazan, will make its East Coast premiere at Johnny Brenda’s on June 21. The Kickstarter-funded film premiered at SXSW this year, and now filmmaker Brandon Vedder is taking it on tour, with a series of screenings later this month. Bazan will join Vedder for a Q&A following the screening.

Pedro the Lion rose to prominence in the late 90s, before disbanding in 2006 as Bazan began to question the Christian faith that influenced his music. Bazan revived the band in 2017, following a deeply personal spiritual journey that resulted in him leaving religion behind. Strange Negotiations follows Bazan through this period of self-reflection, from what began as a crisis of faith and led to a reconstruction of Bazan’s worldview.

Tickets for the screening are on sale now; find more information on the XPN Concert Calendar.