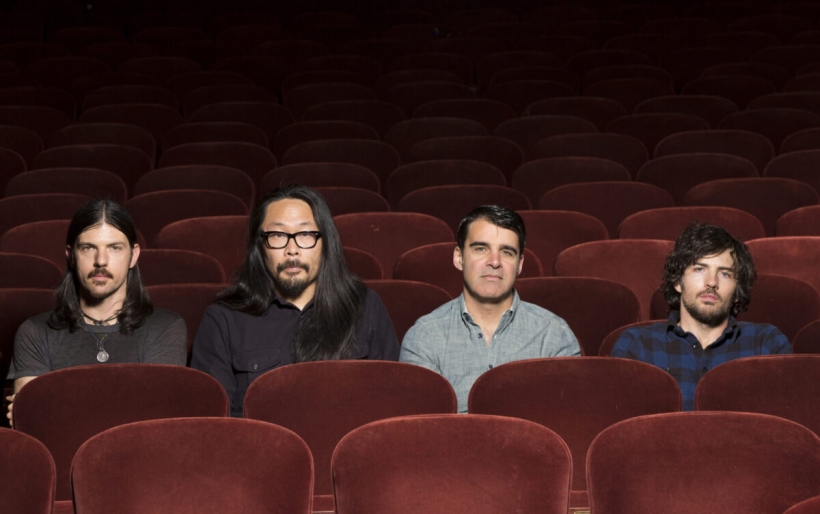 Avett Brothers | photo by Crackerfarm | courtesy of the artist

Just in the nick of time for summer, The Avett Brothers released an upbeat single called “High Steppin.” The song is a departure from their typical bluegrass, folk sound, and veers heavily towards country-pop.

Despite this, “High Steppin” is not your typical country hit, mixing in electronic beats alongside piano and fiddle. The music video, also released today, provides just the right amount of quirk to compliment the track. Scott Avett is clad in a bedazzled, red cowboy suit and a large brimmed beige cowboy hat. He drives a truck down your typical country backroads. That may not seem too out of the ordinary, except for the fact that none other than his brother, Seth Avett is perched in the backseat dressed in a skeleton suit. Throughout the video, he presumably masquerades as death.

Seth’s presence as a looming figure fits in well with the message of the tune. The track comments on the little choices we make day by day, and how they each ultimately impact our fate. The video features a brief break where Seth speaks in the middle of the song, something omitted from the track itself. Seth says, “See you can only live one day at a time, and only drive one hotrod at a time, only say one word at a time, and only think one thought at a time.”

The Avett Brothers’ juxtaposition of a spirited melody with darker lyrics, makes for an exciting experience. “High Steppin’” is the first release off of the band’s upcoming album Closer than Together, which will be released on October 4th, and they discussed its themes in a press release, saying “The Avett Brothers will probably never make a sociopolitical record. But if we did, it might sound something like this.” The album intends to serve as an introspective assessment of the band members and their lives as influenced by the world around them. While they do not directly intend for the album to be political, in the press release they reiterate the importance of abstaining from the judgment of others and following the age-old “golden rule.” If “High Steppin’” is any indication of what that means, than the upcoming album is a must listen.